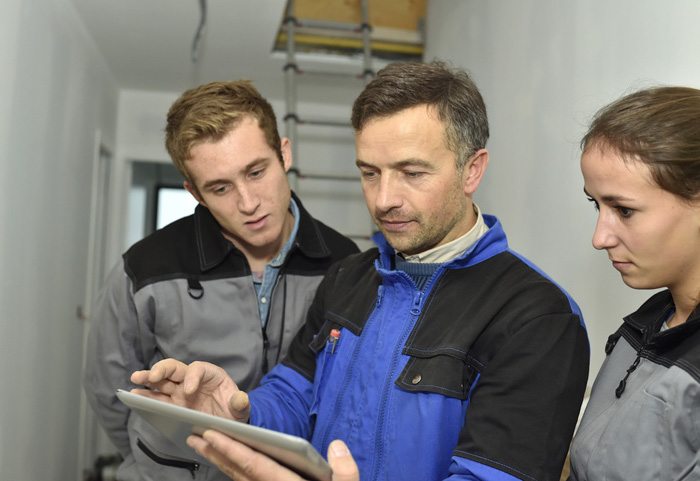 Share via
It’s been said that T-levels could be the greatest post-school educational evolution for 70 years, and I have to agree if they get the right financial backing and support. I’ve made no attempt to keep my views on Brexit a secret, and I still think that as a country, we made the wrong decision. However, and rather ironically I should add, Brexit could turn out to be just what our government needs to give them a kick up the you-know-what and make politicians spring into action. We need a complete overhaul of our methods of technical training for young people something that I’ve said for years and the chancellor himself has now admitted that we re lagging behind. During the Spring Budget, he mentioned how we re nearing the bottom of the international league table for technical education, 16th out of 20 to be precise, and it’s a huge concern. Countries like the US, Germany and so many others have been showing us the right way to do it for years and we ve been stuck in our old ways. Especially now that we re nearing a post-Brexit world, we need to follow in these nations” footsteps and provide students with a route that is structured and clear both for employers and the young people embarking on these qualifications. T-levels have already seen some commitment. The plans, which are promised to involve a complete overhaul of our current methods of training, will have an initial £500m backing, and the same amount per year once they?re up and running, which will go towards paying for the new system. Most importantly, T-levels will improve the skills of those heading into a technical career but they could also be just what we need to reduce our NEET statistics. They?ll allow 16-19 year-olds to study in 15 defined sectors, rather than stumbling their way around the 13,000 non-academic subjects currently in place. And these aren?t your typical technical subjects either they?ll range from hair and beauty, to social care and construction and even finance and accountancy, not forgetting plumbing and building. There ll also be maintenance loans available, like the one university students receive, should the young person want them, which I think is another way of signalling that vocational education is every bit the equal of one gained at university. For anyone looking for an easy ride, this isn’t it. The number of hours that students train under the new system will total 900 hours per year, an increase of around 50 per cent. Each learner will also complete a three-month work placement as part of their course, but spending a longer amount of time learning, and having a taste of a real working environment can only be a good thing. Although the chancellor’s Budget wasn?t so favourable for everyone involved, particularly for the self-employed, there seemed to be a particular focus on education. In addition to 110 new free schools and funding for poorer families with gifted children, he outlined plans to up-skill the country’s workforce by spending £40m on people wishing to retrain in their working life and increasing the number of people returning to work following substantial career breaks. We ve been promised the world in the past, plans that have proved to be nothing more than words said to keep us sweet. I just hope that T-levels in particular, which are supposed to come to fruition in 2019, make a start on preparing and improving our future workforce.