The number of UK businesses looking to export is at its highest level in four years. According to second quarter figures from Grant Thornton’s International Business Report (IBR), the amount of firms looking for new overseas markets in the next 12 months has risen 14% from the first quarter.

However, concerns over investment and regulation are holding many more potential exporters back.

The IBR found that regulations as a constraint to business were at their highest levels for over five years and that shortage of finance as a constraint was at its highest point since the middle of 2013.

The number of businesses expecting an increase in revenues fell 10% and the amount set to offer a pay rise to workers dropped 16%. Overall, UK business optimism fell by 14%.

The concern about incoming headwinds over the next 12 months is mirrored worldwide. The IBR stated that global business optimism fell to 54% in the second quarter, down from a record high of 61% in the first.

“Since the UK’s vote to leave the EU, businesses have faced considerable uncertainty,” said Robert Hannah, partner at Grant Thornton UK. “However, it is encouraging that, despite a fall, optimism levels still remain above those seen for the last half of 2017.

“The vote to leave the EU was a big shock to the economy in 2016, but there are signs that UK businesses are adapting to a more turbulent trading environment, inflation has slowed, and households have seen income increase over the past twelve months giving a boost to consumer confidence.”

Hannah called on a renewed focus to create an economic environment, which can sustainably support UK business growth. Exporting will play a key role.

“In a Brexit-dominated landscape, the importance of exporting as a means to open up markets and create these opportunities is more important than ever,” he said. “The UK has strong export potential, but we need to better understand the barriers that are preventing businesses from doing so.

“It is understandable that UK businesses may be cautious when it comes to entering new markets and finding trading partners abroad. However, with so much untapped export potential, particularly driven by the quality premium of British goods and services, we need to give UK businesses the confidence and enable them to draw on their collective strengths. “

Businesses should not fear regulations or see them as an export barrier, Hannah explained.

“The latest data from the IBR points to the constraints of regulation, however, it is important that businesses recognise that regulation provides certainty and a strong framework for us to do business with the rest of the world,” he said.

“We know that there are many businesses with the potential to shift the UK exports needle and make greater contributions to Britain’s export-driven GDP outputs, it is now a case of creating a business environment that makes this possible.”

Unleash your Daley Thompsons and Mo Farahs: Why it pays to ignore staff weaknesses 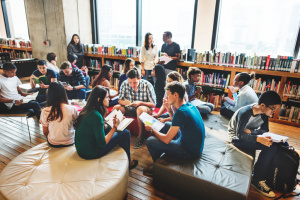