The chancellor has announced a new £23bn fund to bridge the UK’s productivity gap over the next five years.

Despite the UK’s debts, he said that the country needs a “realistic appraisal of the weakness of UK productivity” and therefore the government has chosen to “prioritise additional high-value investment, specifically in infrastructure and innovation, that will directly contribute to raising Britain’s productivity”.

This commitment through the National Productivity Investment Fund will be funded, “in the short-term”, by additional borrowing.

According to the chancellor, the UK’s productivity gap is “shocking”, as the country lags behind the US and Germany by some 30 per cent. It also lags behind France by over 20 per cent and Italy by eight per cent.

The money will be used to invest in research, development and innovation, infrastructure and housing.

In fact, Hammond argued that “the effect of unaffordable housing on our nation’s productivity makes it an urgent one”. He claimed the government will therefore unlock land for housing, build new homes in areas in high demand, relax restrictions on government grants for a wider range of housing-types and launch a regional pilot of Right to Buy for Housing Association tenants.

The chancellor praised London for being one of the most productive cities in the world, but remarked on the fact that “no other major developed economy has such a gap between productivity of its capital city and its second and third cities”.

To this end he argued the UK must drive of the performance of its regional cities, and the government is today publishing its strategy for productivity barriers in the Northern Powerhouse.

Kevin Nicholson, head of tax at PwC, claimed the statement was fairly business friendly. He said: “The commitment to innovation and productivity plays to the UK’s strengths – we’re a big producer of intellectual property. Anything that can help harness and nurture knowledge, innovation and research is a good thing. Other positive signals include doubling export finance capacity, and the commitment to cutting the corporation tax rate as planned.

“While the government has said its industrial strategy isn’t about picking winners, the focus on R&D suggests the government does have its favourites.”

However, Tom Castley, VP EMEA, Xactly, argued that rather than focusing on investment alone, businesses should look to improve productivity by engaging their existing workforce.

“Philip Hammond’s announcement of a national productivity investment fund recognises the fact that productivity levels in the UK still lag behind many European countries. We have a clear productivity gap in the UK – with employees working longer hours for lower output. However, rather than focusing on investment alone, UK businesses should also look to bolster their own productivity by engaging their existing workforce – by fundamentally evolving the way they reward employees.

“As a country, we must move away from the old-fashioned salary economy to the performance economy. Rather than paying people based on their position and tenure, employees must be rewarded for their output. This isn’t about throwing money at the problem, but instead requires smart, performance-based financial rewards.”

Transport, digital communications, research and development (R&D) and housing will be the focus of the National Productivity Investment Fund – with £390m spend on future transport technology such as driverless cars, hydrogen buses and charging points for ultra-low emission vehicles. 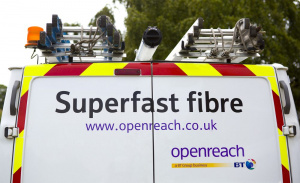