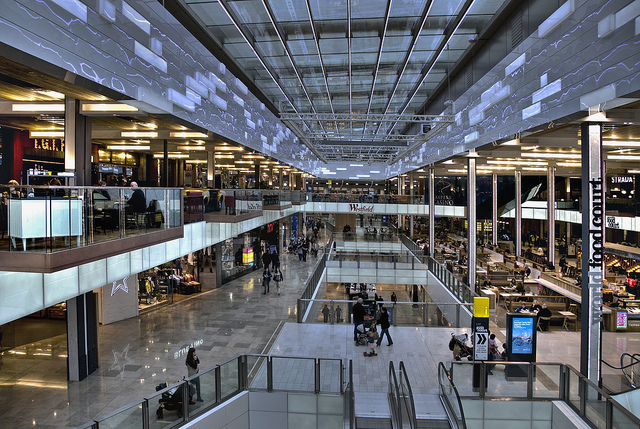 2014 saw some landmark transactions, with the largest deal being Land Securities’ £656m purchase of Lendlease’s 30 per cent stake in Bluewater. Lendlease sold their  stake with full asset management rights, reflecting an initial yield of 4.10 per cent.

Lonestar and Ellandi acquired eight shopping centres from Rockspring for £265m with a net initial yield of seven per cent and RBS sold seven shopping centres, the largest part of which was sold to New River Retail for £140m. As is seen by the above investments, Bruce Nutman, head of retail investment at Knight Frank, suggests that the current trend to sell via portfolios is growing whether direct real estate or NPL portfolios: “Project Leopard and Swallow-Tail are good examples with more to follow, offering varying quality of centres but a choice of yield and UK geographical spread. We anticipate that stock levels will remain positive through 2015.” And Rhodri Davies, head of shopping centre investment at CBRE, said: “The improved economic outlook has boosted confidence that the worst of the retail failures are behind us and an increased appetite for space among retailers is likely to drive rental growth.  These factors have helped grow the investor pool and volume of money attracted to the sector. We expect 2015 to match, if not surpass, the numbers seen in 2014.” According to the research, REITs accounted for 36 per cent of the market across ten deals with an average lot size of £200m.   UK and overseas institutions made up 37 per cent of the market in 21 transactions (a smaller average lot size of £100m). The remaining 27 per cent of the market was made up of private equity buyers (15 per cent), property companies (seven per cent) and opportunity funds (five per cent). What’s most surprising is that UK buyers were by far the most active. They dominated the market by purchasing just over of 70 per cent of stock.   Mark Garmon-Jones, director of investment at Savills, said: “In the high street investment market, opportunity funds have been increasingly active, especially targeting portfolios of shops often in secondary locations. UK institutions have been more selective, but appetite remains strong for the right type of stock.” Asian investors accounted for 13 per cent of buyers with North American and European buyers also featuring, ten per cent and seven per cent respectively. Jonathan Rumsey, head of retail market analysis at DTZ, explains that retail sales will continue to see volume growth. “ONS reported 4.2 per cent growth in February on the same month last year, led by household goods sales due to the recovering housing market. Consumer confidence has improved dramatically since last year, reaching the highest reading since August 2007 and we expect this upward trend to continue.  “The UK shopping centre investment market is seeing strong interest from both domestic and increasingly global investor resulting in yields hardening across all shopping centre sub-sectors.” It has been an exciting year for the UK shopping centre market so far and it has shown no signs of slowing down.  This is something that Knight Frank’s Anthea To agrees with. “The positive economic and investment outlook are laying foundation for consistent and strong growth and is also likely to leave investors in a confident mood,” To said. “Reaching this pre-recession benchmark is encouraging and a cause for optimism which will give investors further confidence to invest time and money in the sector.” By Shané Schutte Image source