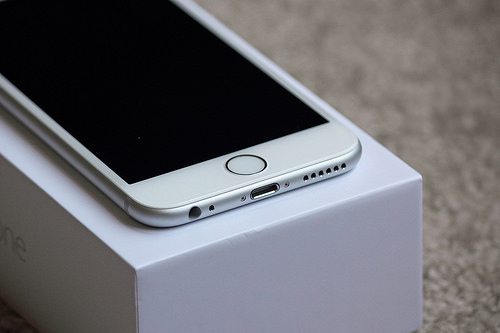 Share prices dropped from $103 to $98 – passing (in the wrong direction) the important $100 mark, in New York City yesterday.

Apple is now worth $590bn, less than it was in 2012, the year after founder Steve Jobs died. The bugs were for the most part not significant, although Bloomberg claims iOS8, which has been the largest update to a mobile OS ever, crashes 67 per cent more then iOS7. The patch, ironically, was to solve substantial problems with the original iOS release. The iPhone 6 series sold more then 10m units in the first weekend, which made it the fastest selling phone handset in the company’s history. Image source