When I heard about Jerry Kennelly I had to check my facts. He sold his business for how much?

Back in 2006 Kennelly was sole owner and chief executive of a stock-photo business. With only 28 people on the payroll he’d had grown the brands, Stockdisc and Stockbyte, to 10 per cent of the world market. Profits were a couple of million a month. Net. When he got a feeling in his gut that it was the right time to sell he was rushed with suitors.

First bidder: photo giant Corbis, owned by Bill Gates. The second: Getty Images, owned by Mark Getty of the Getty dynasty. A bidding war ensued. Eventually Kennelly shook hands with Getty for the aforementioned sum. That was 2006 – allegedly a year in the trough of the dot-slump.

“It was a bittersweet moment,” recalls Kennelly. “It meant breaking up a team which had worked with me for a decade.”

But still. That was a big cheque Jerry! “We got out just at the right time,” he says. “The market was changing.Other royalty-free agencies were coming on the scene. Digital cameras meant images could be crowd-sourced. The logic of what was happening was obvious to me.”

Kennelly started life a freelance photographer. His parents owned a photo agency in his native Ireland and he saw early on that the industry would be transformed by the internet. “I bought a Mac and got into desktop publishing. I had a clear vision of what technology would mean for photography.”

Instead of hot-footing it to Silicon Valley or Clerkenwell he bootstrapped the business in his home-territory of Tralee in Ireland. If your knowledge of Tralee is limited to the Rose of Tralee beauty contest and the Dingle peninsula then you are in for a shock. The Kerry Technology Park in Tralee is a world class digital hub.

“It is a ferocious hub of entrepreneurial talent,” says Kennelly. “There are so many innovative businesses. It’s a wonderful place to run a business, a great sense of community.”

When Boris tries to promote Old Street at a digital hub he would do well to pay it a visit.

In the years since the sale Kennelly has kept himself busy, mentoring Irish entrepreneurs, staring the Irish Young Entrepreneur Programme, and running a national start-up programme.

And he’s spent three years plotting his comeback with Tweak.com.

The idea is that businesses can go online to design their own marketing materials. Templates and wizards make it easy to create brochures, posters and business cards.

Tweak launched in February. With his huge personal fortune behind it Kennelly has been able to skip the bootstrapping state which start-ups normally have to go through. “We have 80 employees,” he reveals. He has opened offices in Kerry, London and New York. “You need go have global aspirations,” he says. “We will have the site translated in all European languages by the end of the year. We also have a strong understanding of US business culture. That’s an advantage of our race – the Irish often travel and work in the US. Most of us have relations there.” Another curiosity about County Kerry: not only does it have an international airport, it is just down the road from Shannon airport which flies to New York, Toronto and Boston. So not only is the rent damn cheap but it’s also seriously convenient.

Kennelly’s experience with his photo agency taught him a few lessons. “For a business to be worth while it has got to be a game-changer. That’s why I’m so excited about Tweak. It really helps business do something they couldn’t attempt before. There’s nothing else like it.”

He also learned that to survive in the long term you need to erect barriers to entry. That was the problem with photos – when anyone with a digital camera could take a pic andstick it on Flickr the game was over.

“It is not impossible for anyone to copy us, but anyone trying would find it extraordinarily hard to compete. We have patents. And we already have the largest amount of customised content anywhere in the world. By 2012 we will have a million pieces.”

Kennelly is no spring chicken. At 51 he’s too rich and too experienced to waste his time on small concepts. If he’s right about Tweak he could have another hundred million dollar monster on his hands. If he’s wrong, he’ll still have plenty of bounty left over from his first blockbuster triumph to console himself. 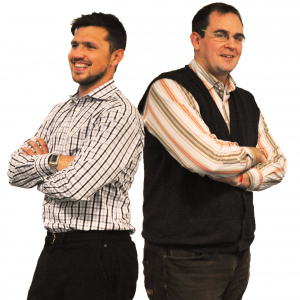 Are two entrepreneurs better than one? 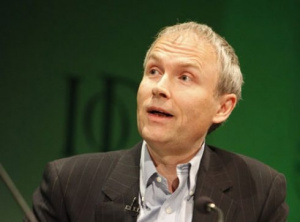