In Europe, we hear about two Irelands: the country of bank debt and property bust, and the Ireland that exports 150 per cent of its GDP, boosted by high-quality foreign director investment (FDI). The latter is the Ireland of entrepreneurship.

Some 2,200 people are setting up a new business each month in the Republic. Our neighbours, it seems, are fostering a dynamic entrepreneurial culture

But this is not the whole picture. For many of these new businesses grind to a halt when they are about to reach mid-sized status.

In a recent article, I wrote about the increasing number of British entrepreneurs turning to Ireland to start, grow, or acquire businesses. The main draw is the country’s competitive tax structure.

However, there’s more to it than just tax. When I travelled to Ireland recently, I discovered what the UK can learn from what makes the emerald isle a great place to start a company – and, even more important an increasingly good place to grow one.

Elaine Coughlan is a general partner at technology fund Atlantic Bridge, one of Dublin’s top investors, with the motto: “entrepreneurs with capital”. She was involved in building and scaling some of Ireland’s biggest businesses – now her goal is to bring at least one Irish company back to IPO-standard.

Coughlan sees a tough short term, but with an improving economy on the horizon. “All of the forecasts for 2013 are going down,” she says. “But if you look beyond that, over the next five years, and ask: can we build big companies here? Then yes, absolutely – we can. Why haven’t we done so in the last few years?”

The driving force behind Irish entrepreneurialism is Dublin’s tech sector. Talented engineers can choose between joining Google, LinkedIn or PayPal down by the river, or developing their own ideas with the help of one of the city’s countless start-up incubators. The Dublin Web Summit, held this October for the third time, draws the world’s tech superstars into pitching sessions, TED-like lectures and dancing robots (last year, even Bono came along on a pub crawl). Despite the financial crisis, Ireland still stands third worldwide in terms of the proportion of capital it pumps into technology, according to the latest OECD report.

The fact remains, that despite attracting NASDAQ giants such as IONA and Smartforce, Ireland has failed to build and scale its own big winners.

So Ireland has a track record, as well as location, talent and capital. What’s preventing the emergence of world-class Irish superstars?

A gateway between mainland Europe and America, 500m people live within a three-hour flight of Dublin. The US coast is a few hours away. Enterprise Ireland, the government organisation responsible for the development and growth of Irish enterprise, is a conduit between Ireland and 60 countries worldwide. Even Atlantic Bridge – as the name suggests – was built as a gateway between the island and the US, all about scaling businesses fast and taking them global. Multinational giants such as Telefonica Digital are running start-up incubators, allowing innovators to connect worldwide.

Telefonica’s incubator, Wayra, opened in Dublin earlier this year (there is also a Wayra in London). Karl Aherne, who runs Wayra Ireland, explains that the relatively small Irish market actually benefits, rather than holds back, ambitious young companies.

“Anyone who is just looking at the Irish market, we’re not interested in. They’re not a scaleable business,” says Aherne. “Because Ireland is so small, every start-up is actually looking at the global market, whereas when you’re based in the UK or Germany, you often end up focusing on the big local market and make decisions based on that – which can be a disadvantage.” Hiding behind the local market is nearly impossible in a country of Ireland’s size.

But of course that’s not everything. Ireland is pumping early-stage and seed investment into their entrepreneurs to an extent larger countries can (proportionally speaking) only dream of.

Aherne suggests that – although it was a terrible price to pay – the recession and consequent decline of the property market have had their positive effects. “Wealthy individuals are no longer buying property, so they want to find a home for their money. They don’t want to put it in the bank either, so people who would have previously become property developers are now angel investors.” Rates of investment in early-stage entrepreneurs are, proportionately, high. Never waste a good crisis, they say.

But what about the next level of funding? “Early stage investment is easy,” says Aherne. “If you have a reasonable idea and a decent team, then getting the next 200,000 is fine, too. When you’re trying to raise a million, it gets difficult.” Wayra makes its start-ups well aware of this equity gap, but there are still very few Irish businesses that scale successfully.

The key is talent, says Coughlan. “We’ve done it before – and now we’re focusing again on how to scale our companies. We need to have the talent and the capital solution. Talent: we’re fixing that in terms of quantity, churning out engineers. And we have a rich man’s problem now, with all the FDI companies coming in and hiring a lot of the talent and, at the same time, training them for smaller Irish companies.”

Bank finance is the final piece in the jigsaw. Is it an option for Irish businesses? Cue laughter from Aherne and Coughlan.

“Banks generally don’t lend early-stage, but you do expect them to do the later-stage financing for working capital, factoring, receivables, overdraft – so, that’s a problem for us,” says Coughlan. “We have the early-stage finance, but there’s an SME finance gap, as there is all over Europe. That’s a big factor for the scale-up, but international funds such as Atlantic Bridge are helping.”

Ireland has begun to focus on bridging the gap between early-stage and established, mid-sized businesses. It’s a big challenge, but the foundations are solid: its tech landscape iis lively; the quality of its projects and their management are strong; finance is available. According to Enterprise Ireland, venture capital funds made 131 investments with an investment value of €60m in 2011, an increase of 30 percent on the total investment amounts made in 2010. The total investment funding available to companies under Enterprise Ireland’s 2007-2012 Seed and Venture Capital Programme reached €636m.

“Last year Enterprise Ireland funded 150 startups,” says Naghmeh Reilly, Enterprise Ireland’s senior marketing executive for overseas entrepreneurship. “We used to do 60, 70, and last year it went up to over 100. We give 50 or so a competitive start-up fund at an early stage, and we spend around €30m on those 150. That’s quite a lot for a country our size.”

The UK could learn from the small country’s focus on international markets, and the way that the government, investors, incubators and FDIs are boosting the start-up scene.

Will Ireland’s business landscape reach its full potential? We can only wait and see. 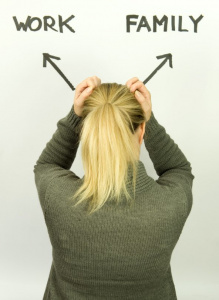 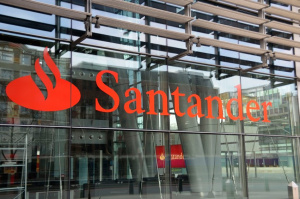