Last year the Bank of Ireland launched a €17m fund to invest in start-ups and committed another €1m to the Galway University Foundation. The government also supported the Atlantic Bridge Fund II, which closed at €75m.

The government received a bailout from the EU and the IMF worth €85bn last year and is betting big on venture.

“I have repeatedly said that if we are to get out of this crisis, we have to vigorously promote indigenous innovation,” says Richard Bruton, minister for jobs, enterprise and innovation.

“One crucial part of my plan is promoting the development of a thriving venture capital industry here. We have seen in other countries the enormous benefits of venture capital – for example Israel, which now has one of the highest numbers of start-up companies per capita in the world – and we must ensure that we take on the lessons of success stories like this.” 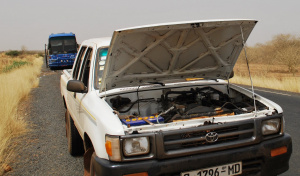 Are you suffering from five-year-old-itis?