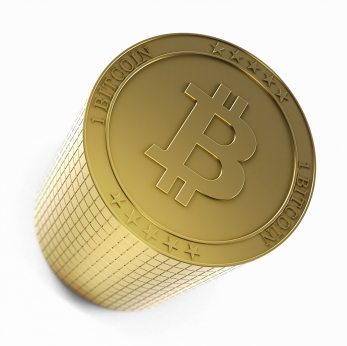 Crypto-currency is becoming a growing fad as Eurozone companies work to restrict cash payment. Virtual currency is starting to fuel growth and disrupt the way we pay online, albeit at a slow and measured pace. Bitcoin’s increasing influence can already be found in Canada after minting its last penny.

A man has already even sold his house in exchange for bitcoin currency – a Canadian.

Bitcoin, founded in 2009, has become known as the first implemented concept of crypto-currency. It is an experimental digital currency which enables you to instantly pay anyone, anywhere in the world. It’s peer-to-peer technology was designed around the idea of creating cryptography to transfer money rather than relying on central authorities such as banks.

By 2011, sites such as Wikileaks had started to accept bitcoin as a means for donations. Similarly, SMEs like LaCie adopted bitcoin for its online storage and file synchronising services. Companies and sites have furthered the idea by constructing what could only be described as online banking – a bitcoin wallet and platform.

The platform allows money to be transferred quickly at a significantly lower cost to that of banks. Another feature is the ability to convert the currency for you.

One such company is Coinpurse, which has recently started pushing bitcoin into the spotlight through its partnership with social discovery and discussion site, Reddit. Fred Wilson of Union Square Ventures has recently invested in a startup called Coinbase, which facilitates Bitcoin transactions.

Organisations that exchange Bitcoins for standard currency are now being approved to operate as banks.

Business Insider CEO Henry Blodget explains that “electronic currencies have several advantages over paper currencies and that the current plan is for only a finite number of Bitcoins to be created. This latter attribute is in direct contrast to standard government-issued currencies, which governments can always print more of. If the supply of Bitcoins remains finite, this should theoretically eliminate inflation, which is one of the biggest drawbacks of paper money.”

But that important question of security is a vital one – we all worry about the safety of our money, whether it be on a platform or in a bank. A security breach and software glitch now dubbed the ‘flash crash’, shows that bitcoin is no solution to the hacking slew – as shown by the hacks on Apple and Twitter; the better the technology, the better the hacker.

Hackers were able to swindle $12,480 worth of bitcoins from BitInstant, a company that manages Bitcoin transfers – enough to knock the company offline for a few days.

Bitcoin’s value, however, has been maintained – the crypto-system seems to be weathering the storm, even if it managed to get banned from Thailand. The hacker story was largely ignored and while the glitch caused a temporary plummet, it bounced back almost immediately. This could have been avoided if the company had implemented two-step verification.

Bitcoin’s hype comes in waves, and consumers’ understandable uncertainty is partly the reason why it still remains a largely untapped source of ‘online banking’.