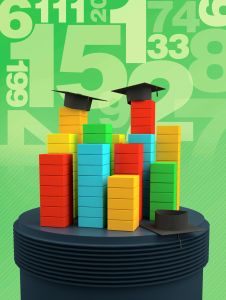 Personally, I did go to university and studied law but, two years into a four-year course, I knew that this was not the career route for me. Although I did finish the course and graduate, I have never worked a single day in a legal career.

So, it set me wondering about how relevant a traditional education is to a career as an entrepreneur. I have concluded that the skills that have proved useful to me have been mainly the social ones, such as meeting and becoming used to people from a wider variety of backgrounds and cultures ? which is very useful since business is very much about the ability to understand and interact with others. However, whenever I have a legal issue I consult a solicitor, and all my degree really does for me is ensure I understand the conversation I have with the solicitor, who is busily charging me extortionately by the hour. Read more about the degree debate: I am reliably informed that a generation or three ago, people used to go to university to study a subject that interested them and that there was little or no expectation that it should be relevant to their intended career. If that was the case, someone should have told me. I chose law with the full intention of becoming a corporate lawyer, ideally with some business interests on the side. Had I known I would never go into this career I would have done something more fun, because studying law was like watching paint dry. One common problem seems to be that certain degrees attract a whole load of very intelligent and gifted people who then cannot get jobs because their degrees simply don?t have practical applications in a wide enough range of jobs. I know a few people who studied European languages at university because they were gifted linguists and enjoyed improving their skills and having the chance to spend a good part of their study period abroad. Unfortunately, though, in the working world, how much demand is there for high-level linguists who don?t have other employable skills? Not much, hence the ones I know don?t earn as much money or respect as their skill and intelligence warrant. On the topic of languages, I cannot understand why schools in England persist in trying to teach people German and French. I know this will be seen by many as an ignorant view, but they (especially the Germans) nearly all speak English better than most of us simply because they watch TV and films and listen to music in English. Culturally, we cannot hope to replicate this. In my opinion, it would be much more useful to teach languages that would enable the students to explore the opportunities of the developing economies, such as Mandarin or Russian. With these skills, the individuals would be very employable as the British economy chases money from these expanding markets, which look set to dominate the business world of the future. Image source