The claim for equal pay brought by over 400 ASDA employees (Brierley and others v ASDA) is one of the most anticipated employment cases of the year and one which could have major implications for private sector employers of all sizes.

It may seem unthinkable that more than 40 years after the female employees of the Ford motor factory in Dagenham helped the Equal Pay Act become law, the issue of whether men and women are receiving equal pay for equal value is still being questioned – but that is exactly the issue facing supermarket giant ASDA. And it remains a very real one, especially when the latest statistics for 2014 show that across full time and part time employees in the UK, women typically receive 19.1 per cent lower pay than men.

Since October last year employment tribunals have had the power to order businesses to conduct equal pay audits, and measures to promote equal pay feature prominently in the general election manifestos of both Labour and the Liberal Democrats.

What is “equal work”?

In the ASDA case, the key issue for consideration will be whether work done by staff in different roles can truly be said to be “equal”. In particular, the employment tribunal will assess whether ASDA’s store staff jobs, which are mainly held by female workers, are of equal value to higher-paid jobs in the company’s male-dominated distribution centres.

Female employees who work on the checkout and as in store shelf stackers argue that they perform an equal role to their male counterparts in the warehouses and distribution centres who unload pallets and stack shelves, yet are paid up to £4 per hour more for doing so.

Public sector employers have faced a large number of claims in recent years. Birmingham City Council paid over £750m to settle claims from hundreds of female employees who worked in care homes and school kitchens who argued that they had not received bonuses which had been paid to male employees who worked as refuse collectors and street cleaners. The claim against ASDA is believed to be the largest of its kind in the private sector, with as many as 19,000 current and former employees expressing an interest in joining the claim and over 1,000 employment tribunal claims already lodged. ASDA vigorously denies the claims, saying that it takes its responsibilities as an equal opportunities employer seriously.

Implications for the private sector

A number of factors came together to generate large numbers of equal pay claims against public sector employers, not all of which are present in the private sector. For instance, pay transparency has increased in the public sector in recent years, which has enabled employees to compare their salaries with others in similar roles. There is typically much less transparency in the private sector, with many employees subject to secrecy clauses in their contracts which prevent them from discussing their pay with colleagues. Given the publicity surrounding successful claims though, employees may feel emboldened to discuss their pay with colleagues, even without encouragement from trade unions, which was a key driver of public sector claims.

If successful, the case against ASDA could prove a watershed moment for private sector employers, from multi-nationals to family run businesses, who may need to think about reviewing the pay packages of employees in different areas of their businesses to understand the extent of any potential exposure.

What should businesses do next?

In light of the attention that equal pay is currently receiving, it would be prudent for businesses who believe that they may be particularly at risk of equal pay claims to carry out an equal pay audit to help assess instances of unequal pay and to identify the extent of the issue. Businesses could consider asking their legal advisors to carry out these audits in order to reduce the risk of them being disclosed in any subsequent equal pay claims.

Businesses can face difficulties in remedying instances of unequal pay, as the cost of increasing the salary of underpaid employees and compensating them for up to six years’ worth of back pay can be prohibitive. One option might be to freeze the salary of higher paid employees until the salaries of lower paid employees have, in effect, caught up, or to phase out the higher salary when taking on new employees. However this approach has not been fully endorsed by the courts and many businesses have been reluctant to find out whether it will be seen by the courts as a proportionate means of reducing the inequality.

Next week we’ll be examining topic of zero hours contracts, and what place they have in today’s society. 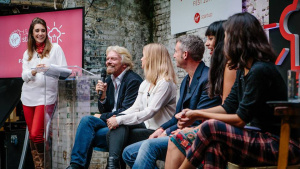 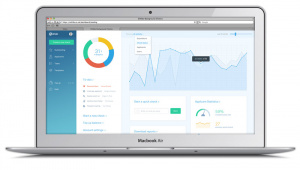