Is this policy u-turn really going to help lighten the burden on entrepreneurs?

Probably not. The new proposal is small beer for business owners facing a hike in tax from ten per cent to 18 per cent next April.

“The proposed changes to the capital gains tax came as a complete bolt out of the blue,” complains Andrew Jupp, head of tax at Tenon Group. “It goes completely against what Gordon Brown has done over the past ten years.

“In virtually every budget speech, he talked about encouraging entrepreneurship and enterprise. And then the government goes and increases the rate of tax for entrepreneurs and enterprise by 80 per cent. How does that make sense?

“Darling’s latest plans to grant £100,000 in tax relief is a mere drop in the ocean. £100,000 is nothing. It’s still only two-fifths of the old retirement relief [abolished in 1998]. Only the smallest of owner-managed businesses would see any benefit from that. For anyone else, the amount is a complete joke.

“I don’t think there will be a single entrepreneur who thinks this goes anywhere near addressing their concerns.

Jupp reckons the government should go back to the drawing board. “Unless the chancellor backs down, this will completely distort the capital markets over the next six months; entrepreneurs will rush to sell off their assets before April 5, or make wrong decisions based purely on tax reasons.”

Darling’s partial climb-down shows that he has, at least, paid some attention to the howls of protest from business leaders. As the CBI’s Richard Lambert pointed out, it’s a “first helpful step”.

But is it enough? 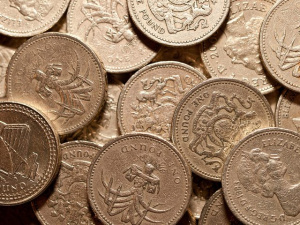 Three cheers for the sterling