Over the past few weeks, we’ve surveyed the owners of the UK’s most disruptive, new businesses, as part of the build-up to the Real Business Wonga Future 50 report. Our aim was to find out about the concerns, challenges of the UK’s smartest new companies, and their predictions for the year ahead.

One particularly surprising theme emerged: even the next generation of hyper-digital entrepreneurs is asking whether the internet, by replacing real, physical human interaction, is having wide-scale negative social consequences.

The discussion was started by Joanna Montgomery, founder of Little Riot, a small Edinburgh design consultancy that’s attracted a lot of attention for its “Pillow Talk”, which connects long-distance lovers via a pillowcase device that transmits the real-time heartbeat of your loved one. The result, says Montgomery, “is an intimate interaction between two lovers, regardless of the distance between them.”

In today’s smartphone and computer-obsessed world, says Montgomery, communicating with loved ones via technology has become “cold and two-dimensional.” Screen-based communication is unhitching us from our natural instincts, and she calls for a return to physical, tactile means of interacting. Montgomery is talking to hospitals, nursing homes etc about using her technology to enable mothers to feel close to a newborn, or providing relatives of hospitalised individuals with comfort, by connecting them directly.

Julia Grinham, founder of the bespoke shoe business Upper Street, also detects a digital backlash. “We’re starting to see a move to ‘switch off’ and disconnect from everything constantly being online.” In parallel, she believes that offline retailers will evolve in new and important ways. When making a purchase decision, “people will put greater value on face-to-face connections, and the opportunity to touch, feel and experience,” she predicts.

Jason Foreman, whose business Kinetique is bringing “hybrid” (ie, non-mined) diamonds to the UK, describes the impact of social media and computer games as “toxic” on personal relationships. “The grip of Facebook and computer games has stifled people’s ability to hold or instigate conversations,” he says.

Some young entrepreneurs see a more positive convergence of the online and offline worlds. Alice Amies of neighbourhood lending scheme Streetbank says: “Our hope is to create a nation where people living in cities know at least ten other people living on their street. Our hope is that these local connections will enable people to take a greater sense of ownership over where they live and, as result, to see an improvement in mental health; combating loneliness; and reducing crime rates – because of a greater sense of accountability.”

The social consequences of the internet become more important because digital technology will only become more prevalent. Nick Massey of online music business Rara.com says 2013 will be all about the effect of technology on society. “Today’s babies are using touch-screen tablet devices before they learn to talk; while grey consumers – the rock and roll generation alienated by the complexity of  PC computing – are re-engaging with technology thanks to tablets’ ease of use.” In 2013, says Brian O’Reilly of energy-saving technology business Treegreen, smart devices will become universal remote controls – for example, for changing the TV channel, switching the heating on/off and starting the washing machine.

We’re still only in the foothills of the internet revolution, but it’s reassuring to see the new generation of digital entrepreneurs so mindful of the powerful, potential social consequences. 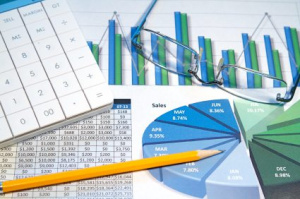 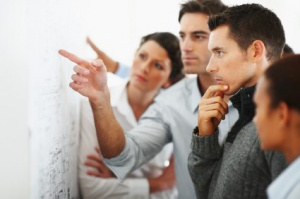 How to master the art of business leadership