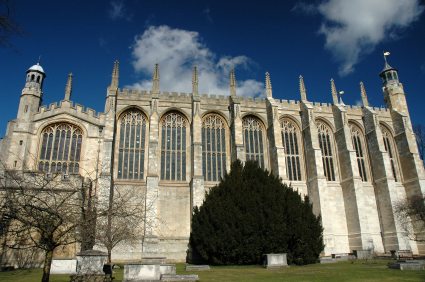 Eton has made the boardroom and the ballot box seem a very small place.
In all walks of public life, old Etonians are prominent. David Cameron and Boris Johnson regulate our political lives, Justin Welby our spiritual; William Wales and his soon-to-be-born offspring have the future of the British monarchy secured, his brother strives to protect our homeland; and actors du jour Eddie Redmayne and Damian Lewis are leading the roll call for British drama.

One might well suggest that Eton is the most powerful institution in the world. And yet, Eton doesn?t just discriminate in favour of the privileged, it exists solely for the benefit of those with a Y chromosome. Half the population, regardless of their status in life, can never profit from an Eton education. The irony of Redmayne?s rousing cry in Les Mis?rables, ?Do you hear the people sing??, is not lost. With women still falling short in the boardroom ? Vince Cable admitted that the drive to get more women onto FTSE boards is stalling ? are schools like Eton thus responsible for proliferating their own vision of success: that of an all-male world?  It is no secret that girls are dominant across the board at school and university ? women, in fact, represent the majority in all university sectors across Europe, except Germany. Even in the traditionally male subjects of engineering, construction and business, girls outperform boys.  And yet, as it stands today, only two women steer the ship at FTSE 100 companies ? one of whom, Angela Ahrendts of Burberry, is American. Thus, 93 per cent of executive board directors in the FTSE 100 are men, only one CEO is a British woman, and only nine per cent of directorial appointments made in 2012 were female.  By contrast, 50 per cent of ?new blood? Tories elected to parliament in the 2010 general election went to Eton, while a Sutton Trust report released in November 2012 shows that Eton College alone educated 330 people on a list of the UK?s “leading people” (to put this into perspective, the second highest establishment ? another elite boys? school, Winchester ? educated 92). In fact, ten top boys? schools produced 12 per cent of the professional elite in the list; no girls? schools featured. Given what we know about academic performance, something seems amiss. Antony Jenkins, the group chief executive of Barclays, has spoken out in support of the value women bring to the workplace: ?As a business leader, you firstly have to recognise that gender diversity is not just the right thing to do from an ethical point of view, but it is incredibly powerful from a business point of view.?  Indeed, several reports have demonstrated a positive correlation between the number of women in senior management at board level and a company?s success in the market, while Burberry boss Ahrendts has recently become the first female CEO to top Britain?s pay league. Yet, women remain grossly misrepresented in senior positions and the quota debate still rages. I, like Ahrendts, dismiss this as flawed, however I do believe in hiring women if they are the best person for the job. Indeed, as an executive-level headhunter, I am solely concerned about putting the right person into a position regardless of gender ? or, indeed, background. In response to the lack of women in cabinet, Tory MP Nadine Dorries certainly knows where she apportions blame: ?Girls do not get to go to Eton?. Would gender discrepancies at a senior level therefore be different if Eton, arguably the most formidable men?s club in the world, admitted women? There?s a strong case to suggest so, however I for one can?t see such a change ever getting past the old boys? network. Neil Aitken is a senior consultant at Communicate.