It’s rather ironic. Facebook, the number one social network, is facing a barrage of criticism over privacy. Facebook’s 400m users post tens of millions of updates, photos, videos, links, whatever, every day; but they’re now revolting over how this information is shared.

Facebook’s VP for public policy, Elliot Schrage, has already publicly admitted that Facebook needs to simplify its privacy settings – of which, incidentally, there are 50 settings with more than 170 options. The New York Times has a great visualisation of Facebook’s privacy settings: check it out.

People certainly are starting to think twice about how Facebook is using their personal information. Alison Diana at Information Week revealed some interesting numbers: “The phrase ‘how to quit Facebook’ generated 16.9m results in a Google search Tuesday morning, while ‘how do I delete my Facebook account?’ resulted in 15.9 million links.”

So what should Facebook do? Speaking to Real Business, Kieran O’Neill, founder of social gaming network Playfire.com (and one of our “30:30 Vision” winners), says the solution is obvious.

“Very sensitive data should be protected by default. Privacy settings need to be appropriate to the context. Facebook has personal details such as location, family, relationship status, private photos, etc., so it needs to be very concerned with the privacy of its users.”

He adds that very sensitive data should only be exposed when the user requests it. As Playfire is a social network for gamers – and gaming identities – it doesn’t have as much to worry about, though.

“We have less of these concerns, but we’re always thinking about privacy. Fortunately, it’s much easier as people actually want to show off their gaming stats and scores, and there’s little private information, so it’s quite a straightforward thing for us,” says O’Neill.

Facebook could probably fix the problem quite quickly, by reversing its “opt-out” policy into an “opt-in” policy. People who use Facebook still do want to share their photos and wall posts with their friends – just not with the whole world (and third-party advertisers).

“It’s pretty obvious that changes will need to be made if Facebook is going to regain users’ trusts,” says Nick O’Neill (unrelated to Playfire’s Kieran O’Neill) of allfacebook.com, an unofficial blog about Facebook.

“Many privacy advocates want further changes to Facebook’s new social plug-ins, as many of them function when a user isn’t logged in, and there’s no way for a user to opt-out from having their data being tracked. It’s clear that Facebook is feeling the pressure.” 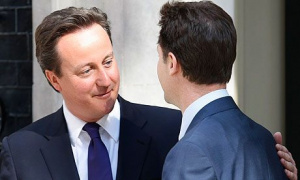