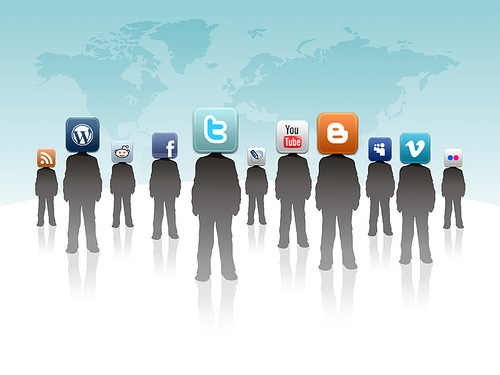 Over the last few years there has been a notable rise in businesses using Twitter for example. This figure reached 77 per cent of Fortune 500 companies in 2013, according to the University of Massachusetts. However, while Managing Directors may be coming round to the idea that you must use the channel, considerably less of them are using it effectively.

A recent study by Twopcharts, a third-party site that monitors Twitter activity, states that 44 per cent of accounts have never sent out a tweet, with many of this figure being corporate accounts set up to interact with customers but then left empty. Although organisations may think it is enough to simply own an account, it can potentially be dangerous for your brand if there is no content on it.  Clearly it is vital to have employees who fully understand social media in order to get a regular supply of content for your target audience. And because of this, companies are often tempted to delegate their social media activity to new graduates and junior members of the HR team. After all, they know social media better than you, dont they
Well perhaps, but what they may be missing compared to your senior team is a full grasp of your business message, so how can they get this through to your target audience if they dont understand it themselves Potential customers and employees will be attracted by fresh, engaging and relevant content, and unfortunately this is unlikely to be provided by a fresh graduate, no matter how good they are with social media. One example of the dangers of delegating social media duties to inexperienced employees was seen last year by the London Evening Standard. The newspaper was forced to suspend a junior employee for tweeting a picture of the next days embargoed front page, which contained details of Chancellor George Osbornes Budget. Although the employee in question may have had an excellent understanding of social media, they were clearly less experienced in the world of journalism. So how do we keep on top of social media while always promoting the right message
An organisations social media strategy should always be driven by an experienced Communications Director, who can combine technical and specialist skills with business acumen. This professional should be able to not only develop and implement these social media plans, but also advise, coach and guide senior leaders of the company. Rather than just having a social media manager , an organisations digital output should be managed by someone heavily involved in the business in order to produce the best content in line with the wider corporate strategy. The rise of social media has given us less space and time to get our message across to our audience, and now that smaller sound bites are required, it is almost impossible to write good content without business understanding or insight. As communications roles continue to go in this direction in the future, the need to combine executive level thinking with social media understanding will only increase. In effect, we are entering the age of the generalist communications professional, rather than the specialist. Julia Meighan is executive chairman at PR, communications and marcomms recruiter at VMA Group. Image source