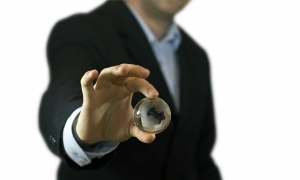 However, we believe that it is still right to tread cautiously. Recent capital outflows and the past three years of market underperformance have not happened without good reason. The biggest challenge facing emerging markets is growth.

Many emerging economies are not growing as fast as they were: China’s underlying growth rate continues to decline, while other large emerging economies have seen their growth rate plummet. Mexico recorded GDP growth of just 1.1 per cent last year, while Russia grew by 1.3 per cent and will struggle again in 2014. The reasons for this are both structural and cyclical: a common issue is the need for further reforms to encourage growth and investment. This will be a slow process and so far the actions by policymakers in emerging economies have mostly lacked transparency. Perhaps and more importantly, emerging economies continue to be vulnerable to external factors, while domestic political risk also has the potential to affect investor sentiment. One such external factor has been the US Federal Reserve’s move to reduce its quantitative easing programme; many emerging markets have faced heavy capital outflows and violent currency movements as investors have reacted to anticipated higher interest rates in the US. Furthermore, a number of emerging market countries are also facing elections this year, which brings political risk into the picture. Civil unrest grips Thailand and Ukraine, and concerns about government corruption plague countries such as Turkey and Nigeria. Taking all these factors together, it is difficult to hold a very optimistic view of emerging market assets at this time, even if lower valuations have made them appear more attractive. Emerging markets are not homogenous; we do see pockets of value appearing in some areas but a targeted approach is, we believe, a more sensible approach rather than making sweeping statements as to whether emerging markets as a whole are a buy or not. Jade Fu is Investment Manager at Heartwood Investment Management. Image source