Debating the motion are: Robin Klein, legendary investor and entrepreneur involved in Moo, MyBuilder, Wonga, Farfetch, FreeAgent, LevelBusiness, OneFineStay, Skimlinks, Stylistpick, LevelBusiness, Zoopla; Susan Dunn, CEO of Harbour Litigation Funding, who raised a £120m fund in May 2012 for the funding of commercial litigation, taking its funds to £180m; the Real Business “City Grump” columnist, who has 30 years in fund management, stockbroking and exchanges on his back, and co-founded and sold two small businesses; and Peter Black, managing director of Snowball Consulting, who has 20 years’ experience in banking, and secured £1bn-plus in banking facilities for UK businesses in that time.

Robin Klein says this debate is over. “We should be looking forward. Analyse what happened and why, and apply these learnings to what shall happen now. What I know as a consumer marketeer and brand builder is that the one thing the banks did is not build their businesses around their customers. How it shifted the debate is towards a much greater awareness of the opportunities in financial services.”

So the financial landscape has become more diverse, indeed – unfortunately, we are sill focusing on past mistakes, rather than make the most of this new environment. “TransferWise, Funding Circle, and innovative businesses like them are, in their own ways, disrupting financial services. This is business that the banks were doing as part of their unauthorised overdraft policy. Let’s move this debate away from what the banks have done wrong, and focus on what we should be doing.

“The economy is cyclical, but there’s also a fundamental trend in the changes that are happening – to me, that’s the digital revolution. Eight per cent of our economy is now driven through the internet. That eight per cent is the highest percentage of any country in the G20, so we have a huge opportunity. So let’s focus more on equity, and less on debt. I don’t blame banks for not lending to companies that are not yet profitable – the right funding for those companies is equity. Let’s move the debate on, and leave the banks on the side.”

The City Grump, meanwhile, disagrees that we should lay off the banks just yet. “I think banks are still too important to society to lay off them.” He reads excerpts from an article from the FT: “’Our banks need a radical transformation if they are to stimulate the economy.’ This was written by the ex-boss of the Office of Financial Trading.”

Susan Dunn is on Robin Klein’s side. “It was fascinating listening to Joe Cohen, who has just held a keynote] because I went through a similar journey, as to who you work with, who you trust, and the excitement of raising the money and then starting to think about what to do with it.

“People who come to [Harbour Litigation Fund] have tried to have an interaction with their banks, and been told that they have to find someone else. You’re here today because you want to find means of funding and growing your businesses. Forget the banks; move on.” There is a role for the banks, and “this slightly Daily Mail approach” to continue to bashing them, rather than finding out about new solutions, is not helping the process.

“Let’s forge them and start finding the solutions that we need. I’m glad that the banks are moving back to being the slightly boring bankers that people expect them to be. You need to work with people who understand what you do and engage with you in a constructive way. It’s too easy to keep saying the same old moon all the time, rather than finding the solution to find the way forward.”

Peter Black, in the “against the motion” camp: “I’ve worked for the banks, with them, and against them. I spent years working for the major banks, so I’ve seen the good and the ugly of what happens internally. A few years ago I left banking to start advising businesses on raising finance. We need the banks to work better than they do now, because they are major suppliers of finance to the SME market.”

Black says the issue is not that banks are not lending; it’s that they’re just not lending enough, and not necessarily to the right people. The decision making process is not consistent enough, and yet too centralised. “It takes longer to get deals through, and it’s quite an inconsistent market at the moment. We see different ideas and decisions, even within the same country. We need banks as part of the whole finance package.”

A comment from the floor: “I would take the wisdom of crowds over the wisdom of banks every day. They’re becoming an irrelevance, and should be allowed to become a relatively small part of the funding landscape.”

Robin Klein ends the discussion: “I agree 100 per cent that banks have to change their culture, but we will do that by looking forward, and finding alternatives.” 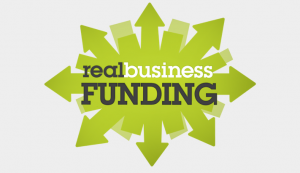 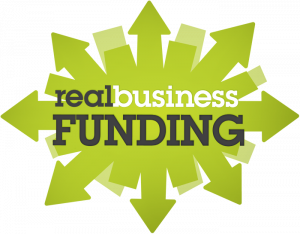 Banking on it: The truth about SMEs and bank lending