Britain is divided into two tribes, according to Design Museum and Ipsos MORI research. While the one half embraces new technology and the ever expanding internet, the other half is concerned that the internet is destroying memory and knowledge, and upsetting the pace of their lives.

The poll, which interviewed 994 people across Great Britain, gives a snapshot of the nation’s attitudes towards emerging technology. For example, while 53 per cent think that people now know more than they used to thanks to the internet, 37 per cent believe technology to be a threat. One of the main refasons being that people know less because they rely on the internet too much.

After all, the internet is affecting our habit of reading books for knowledge in general and is slowly phasing out the era of books. University students are told to stay clear of Wikipedia and although some websites as reference are allowed, the deeper they dig within book shops and libraries the better the grades.

But although books as we know them are changing, they are far form disappearing all together. Books have only shifted to the tech world, becoming a cyborg mesh of Kindle and tablet format, and audio download available on iTunes.

It all comes down to that one important question: is technology moving too fast?

Northerners seem to be among the most averse to change, with 42 per cent of respondents wanting to slow down their pace of life, compared to 33 per cent of Londoners. People living in Scotland appear to be the least frightened by the pace of change, with just 26 per cent wishing they could slow down.

Most people despise the moment they buy a latest phone model, only to hear that a new one will be released in three months time. “New”, it seems, has a quick turnover rate, all thanks to frequent upgrades. Indeed, technology is moving rapidly, but is it really moving at a rate where products should be improved upon after such a short period of time?

In the article “Is technology moving too fast?”, Stewart Brand wrote: “Many people are already tired of trying to keep up with the latest cool new tech.”

Are we being pressured into using the latest technology? If a teacher teaches well with PowerPoint and if the students are learning from it, then call it technology integration and leave it at that.

Don’t feel pressured to keep splurging on the latest tech trends. If some tech gadget grabs your eye and you feel it’s worth investing, then research it and find out of it’s the best tech for you or your business. The reason I say this, is because although technology is moving at a quick pace, we still lack the basic skills needed for prior technology.

Martha Lane Fox, founder of Lastminute.com, said: “Some 16m people in Britain aged 15 and over still don’t have basic online skills. These numbers are staggering when you consider that by 2015, it is estimated that 90 per cent of all jobs will require ICT skills.”

When only 33 per cent of UK SMEs have a digital presence, 14 per cent of which sell their products online, it’s time to acknowledge the increasing gap between technology and the people that can use it.

The UK needs to sort out its priorities! As London keeps churning out new tech one after the other, instead of an updated airport, we need to be teaching people the basics. Rather, instead of upgrading tech, shouldn’t we be upgrading skills? 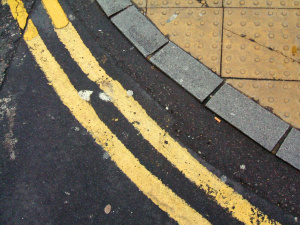 Should customers be allowed to park on double yellow lines? 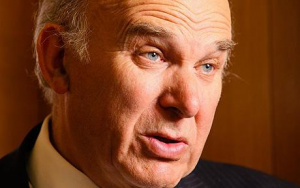