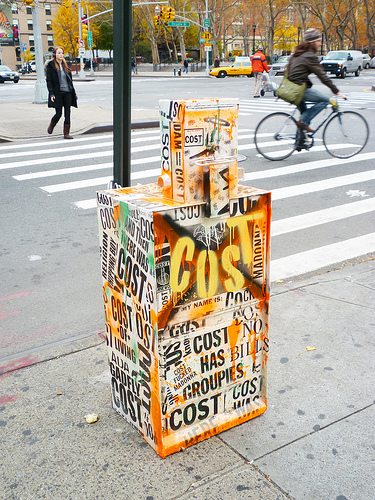 This might not come as a surprise for many readers who have had to tighten their belts recently – but the Government’s published estimates on the subject are laughable, and give us some insight into why the likes of Ian Duncan Smith imagine they can live on £53 a week.

Official statistics released this year suggest that the average worker forks out £911 annually on commuting, with those lucky enough to have children coughing up an additional £3,656 on childcare. Despite its generous underestimate this is still a fairly disquieting figure to the average employee, who experienced a slight 1.4 per cent increase in their salary to accommodate the rising cost of working. It’s hard to justify where the Government collected this Smithonian estimate of childcare costs from, possibly from the man himself? But the reality of childcare is exorbitantly higher than this figure. I imagine a large chunk of parents would opt for part-time instead of full-time nursery if they weren’t restricted by traditional working hours in office locations. That alone would save them £5,500 a year – if Day Care Trust’s annual average of £11,000 is anything to go by. Then there’s the additional costs of childcare during term-time holidays, which for four weeks of summer alone cost £850 for two children, not to mention after school clubs and babysitters. It’s true that every employee is entitled to request flexible working contracts with regards to their childcare, and it’s also true that the Government is attempting to better accommodate working parents. However, the stark reality remains that you’re unlikely to receive your desired contract and if you’re a customer facing employee of a small company you can all but write it off. This isn’t a denigration of children on working success or a promotion for the use of contraception, but a realistic view of just how severe the cost-of-working is for particular demographics in the market and how promising an alternative freelancing is. The ONS statistics which suggest that £3,656 is spent on childcare are averaged out on the assumption that only one in five people in the office require it. If you couple together all the costs of working including work clothes and company required equipment you’re left with a staggering national average of £67bn spent on working, which as I’ve suggested, is a fairly generous underestimate. It’s not surprising that droves of employees in the traditional office roles are opting to move into freelancing, whereby they can work from home and dramatically reduce their costs with the flexibility it warrants. In the freelancing community we’re hearing more and more about the transition of businesses into the virtual office, an idea that allows workers to operate from any location through a communal company intranet. Only this week Real Business revealed that the fastest growing law firm, travel agency and secretarial firm in the country are run from the comfort of the home which demonstrates the facelift the modern workforce is undergoing. Calum Morrison is a finance and accounting writer for Crunch, an online accountancy firm for freelancers and small businesses. Image source