Davis reminds the reader that the FCA’s overarching strategic objective is to ensure that the relevant markets function well. Many of us who have had dealings with the FCA and its predecessor have always known that the culture has fostered a dangerous ignorance of the functioning mechanisms of what it is charged to regulate. This was the case with our equity markets last March. In the same way a traffic warden knows how to hand out a parking ticket but doesn’t know how the car he is ticketing works, Davis found swathes of the FCA ignorant as to what constitutes price sensitive information.

In their obsession with fulfilling supremo Martin Wheatley’s edict that the use of the media is “a necessary tool of regulation” (para 8.4 of the Report), FCA employees forgot to consider market sensitive information when they briefed Daily Telegraph reporter, Dan Hyde, on what they were planning to examine in their upcoming Insurance Company Review. Shockingly this is not at all surprising as Davis discovered.

On the other hand, no doubt senior FCA employees are well aware of Wheatley’s observation that “we deliver regulation over products that cater for every single person in this country. So if 50m people want to know what’s going on they won’t get it from reading our website they will get it from stories that exist in the media. So my answer is the media is a very powerful tool, of course it is, and that is what we use” (8.4).

Extraordinary! Simon Davis also unearthed that in their internal paper on whether to release to the media an intention to produce a thematic Review “under the heading ‘Are There Any Risks involved?‘ A key reputational risk identified in announcing thematic reviews early is that the FCA could not reach the deadlines to which it had committed. The paper contains a series of boxes which were completed dealing with, for example, competition, equality and diversity implications of the proposal. There was no box required to be completed addressing the implication of the release of price sensitive information. Nor was the risk of disseminating price-sensitive information otherwise addressed” ( 8.27,8.28).

So what happens when the Telegraph breaks the story they have been briefed on and prices of London Stock Exchange listed Insurance Companies start crashing? The reactions and actions of very senior FCA employees is painfully revealing of just what is wrong with our regulator.

At 9am Clive Adamson, director of Supervision, having been rung by a furious insurance company executive, realised that price sensitive information had been given to the Telegraph and ordered his team to make a “public” retraction. His team took that to mean that they should brief other media organisations rather than issue a retraction through the Stock Exchanges announcement system. Share prices continued to fall.

At 9.40am Mr Teasdale, the head of the UK Listing Authority (part of the FCA), told Mr Spens, head of market monitoring (one of the few real practitioners at the regulator as he had previously been head of proprietary trading at Citygroup) that the FCA may have briefed the Telegraph with price sensitive information. 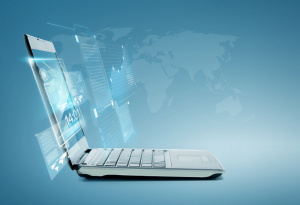 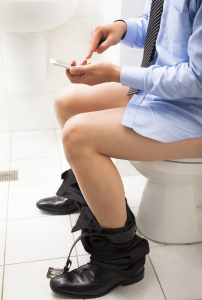