The issue of food fraud has consumed public conscious throughout the first months of 2013. British shoppers can’t help but feel betrayed by the big brands. Environmental Secretary Owen Paterson called the false labelling of meat “a serious criminal fraud on an international scale.”

Yes, the horsemeat scandal has damaged the squeaky clean image of many supermarket chains, brands and catering companies. Household names such as Tesco have suffered their worst monthly fall in market shares for 20 years.

But whilst leading supermarkets dish out on double page apologies in the tabloids, the horsemeat scandal may have given SMEs a rare opportunity to fight back against big business. Ultimately, the controversy could allow smaller organisations to level the playing field in the food and drink industry.

The Federation of Small Businesses (FSB) has urged consumers to support their local butchers and other independent retailers. Following the horsemeat scandal the FSB re-launched its “Keep trade local” campaign, which aims to reverse the decline of the high street.

Many butchers’ shops reported a dramatic increase in sales following the discovery of horsemeat in some food products. Regulations such as Animal Passports ensure the butcher knows where the meat they are buying comes from and how the animal has been raised; a thought consumers find more comforting than ever.

John Walker, national chairman of FSB, said: “It isn’t surprising that some local butchers have seen an increase in sales during the scandal. We hope that this has a positive effect on other independent retailers on the high street.”

Consumers have undoubtedly become wary of ready meals and frozen meat products. Frozen beef burger sales have decreased by 43 per cent since the start of the horsemeat scandal, according to market research firm Kantor Worldpanel.

“The horsemeat scandal is a great opportunity for the small business sector. With many of the supermarket chains and shops involved in tatters, it’s already triggering a move to local supermarkets,” explained Daniel Todaro, managing director at Gekko.

More than 86 per cent of shoppers are now more likely to buy traceable food that has been produced in the UK, revealed a One Poll survey, commissioned by the National Farmers Union (NFU).

James Mansfield, founder of field&flower – an SME which combines 100 years of traditional farming experience with a passion to provide superior fresh meat, with provenance, directly to your front door – has seen its sales double since the horsemeat scandal broke.

“It’s really levelled the playing field and we feel that we can really compete for supermarket trade. There’s a massive opportunity,” he said. “The trend was already there, with people moving away from untraceable supermarket meat. It’s just helped that curve. We have seen a 50 per cent increase in orders since the news broke – so we think as long as people stick to their principles it will be a positive thing for farmers and local shops.”

British consumers are rethinking their shopping habits. Tabloids, television and social media have been ablaze with debate. However, as the scandal fades from the headlines, the bright lights, shiny promotional deals and 24-hour-service could lure many shoppers back to familiar chain stores. 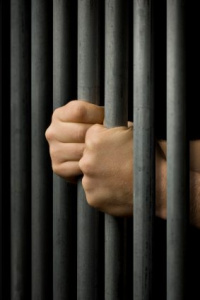 How to deal with an imprisoned employee 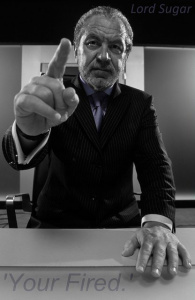