Three years later other retail brands, specifically Asda (no doubt as part of its Walmart heritage), jumped on the bandwagon and unleased its own Black Friday special offers. The intention was, obviously, to ramp up sales, but also to deliver discounts and amazing deals to its customers, with a view to improving loyalty.

The expectation was to add this sales promotion to the calendar on a long-term basis and reap the rewards. But the reality for Asda was a little different. Just hours after Black Friday began, the media was filled, not with news of amazing discounts on offer, but rather, images of customers physically fighting it out in store to grab hold of these bargains.

Now, is Black Friday really such a big deal in the UK? Especially as the one-day promotion has branched out to include Cyber Monday, another US import, which takes place on the Monday after Black Friday.

This is the day where consumers are lured online by retailers, with the promise of even bigger and better discounts. In 2016, UK shoppers spent £1.9bn on Cyber Monday, and the discount day broke records in the US, where $3.45bn was spent online.

In recent years, Black Friday and Cyber Monday have morphed to include the weekend in between, as many retailers extend promotions by offering them both before and after Black Friday. Retailers, including Currys PC World, are offering ten days of discounts and Amazon has also just announced ten days of deals starting Friday 17 November with the sale continuing until 23:59 on Sunday 26 November.

But interestingly, not all UK retailers are convinced by Black Friday. Asda stepped away from Black Friday deals in 2015, citing: “Instead of the hustle and bustle and pressure of one or two day sales where customers typically push the boat out on high-value items, this year Asda customers say they’d prefer deals on value-for-money, high-quality products that all the family can enjoy.”

Retailers such as ASOS, IKEA, Next and Homebase, also refrained, while others like M&S and Selfridges instead focused on Christmas promotions. Taking it a step further, retailers like FatFace publicly abstained from the promotion and instead donated £100,000 of its profits to charity.

But putting all this aside, how does Black Friday / Cyber Weekend in the UK compare to other countries? Not as well as expected. UK retailers don’t apply the same level of discounts as other countries.

Compared to other European countries and our cousins across the pond, UK retailers cut prices by nine per cent, while those in Germany (23 per centt), France (26 per cent), the US (29 per cent) and Canada (36 per cent) reduced prices substantially more.

In the retail world there will always be those looking for new ideas and new ways to drive sales and improve customer loyalty.

But looking back at the relatively short Black Friday history in the UK, is this one of those ideas that will stay the distance? Shoppers may have spent an unprecedented £5.8bn over Cyber Weekend 2016, but are they convinced? Or will both brands and consumers instead opt for good, all-year-round value?

David Buckingham is CEO of Ecrebo 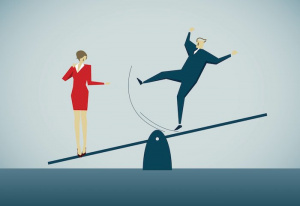