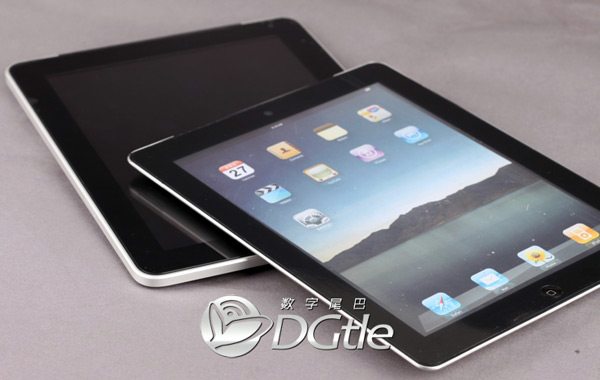 We all got very excited at the leak of photos of Apple’s new iPad 2 this morning.

Yes, we know, we’re just hours away from Apple’s presentation in San Francisco, where the whole world is expecting the grand unveiling of the iPad 2, but everyone likes a sneak preview. Rumours of what the new version of what the iPad 2 might look like have been circulating pretty much since the original iPad was unveiled last year, but over the last few weeks, the internet has been ablaze with rumours and leaks. And as usual, Apple has remained as secretive as ever. Today’s “scoop”, via tech blog Engadget, shows a range of photos (see them below) which showcase what Engadget thinks may be the new iPad 2. The photos, from a source in China, show the iPad 2 featuring a number of expected features: a thinner profile (and lighter weight), a larger speaker, rear- and back-facing cameras (a la iPhone 4) and an almost entirely flat back. The only problem with Engadget’s photos? They’re so obviously fake. Our in-house tech geek/photoshop expert Dean Faulkner breaks down the photos.

“Look closely, there’s a highlighted edge, due to the reflection from the bezel, but the other edge doesn’t have it. Also, if it were a double reflection, the corners would overlap – these two are joined up,” our photoshop expert says.

“We’ve taken a picture of two normal iPads (below) and you get exactly the same reflection, including the slight fuzziness from the two reflections that you get from the LCD and front glass! Looking at the corner of the reflection, it doesn’t break either. If it were two reflections, you’d have two corners overlapping.”

Our verdict? These photos are FAKE. Not only that, but they’re really badly fake. Sorry Engadget, no scoop for you today. Are you excited about the forthcoming iPad 2 announcement? Will you be buying an iPad 2? Leave your comments below.