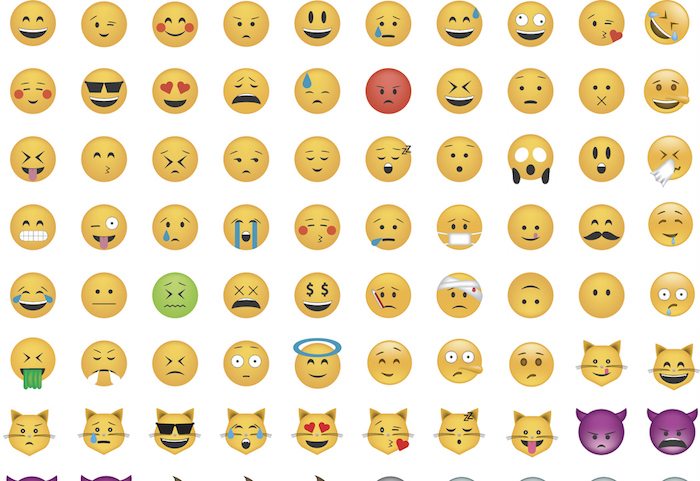 Share via
Emojis have been touted as the universal language, with Oxford Dictionaries choosing the “face with tears of joy” emoji as its 2015 Word of the Year. And this year, the world is being graced with an entire film centred around the world of emojis. Aptly titled The Emoji Movie, it stars Patrick Stewart and Maya Rudolf. Needless to say, it has not won many “smiley face” reviews. It may seem like emojis are all fun and games, but they serve a strong purpose for both consumers and marketers. As is often the case with consumers trends, the popularity of emojis (64 per cent of people say they like or love them) has inspired brands to incorporate them into marketing campaigns. According to Shutterstock’s 2017 Creative Trends Report, the trend continues to grow with a 328 per cent year-on-year increase in marketers and designers from all over the world searching for emoji imagery. Statistics from Mintel also show that 61 per cent of older millennials are “somewhat” or “very” interested in buying products that feature emojis on the packaging, so there is obvious potential for marketers here. Two years ago, Chevrolet issued a press release written entirely in emoji. More recently travel site Kayak allowed users to search via emojis. Their continued use has led many to believe that the emoji-powered business is not just a flash-in-pan publicity stunt. Part of Kayak’s decision to employ the emoji was to help make it a more of a mobile-forward platform. For many businesses, there seems to be real value in using them to communicate. As noted in global market-research firm Mintel’s 2016 North America Consumer Trends report, emojis are “indescribably simple to comprehend” and allow “people to abandon the need for translation between cultures and languages.” The emoji transcends languages, cultures, and borders, more efficiently than the written language ever could, and add colour and context to messages. Last year, Psychology Today explained that we generally rely on emojis for four things: to lighten the mood with sarcasm or humour; to soften a blow; to find a “more comfortable” way to express our emotions; and to communicate when we’re at a loss for words. Whereas once an exclamation mark or text-based smiley emoticon would do, messages of all kinds now feature tiny digital images. A valuable marketing tool, yes! But there are three considerations for businesses for using emojis: (1) Emojis should be used to convey a tone As we all know from badly received texts and emails, written communication leaves space for misinterpretation. Psychologist Albert Mehrabian claimed that only seven per cent of our communication is verbal, 38 per cent is vocal (our intonation) and 55 per cent is non-verbal (our body language). Emojis are a way round this, as they can convey nuances such as sarcasm and often lighten the overall mood. (2) Emojis should also be used sparingly They work best when they supplement written copy. Not only will overloading your copy with emojis produce an unprofessional feel, but they can also dilute a message. And don’t feel the need to copy Chevrolet’s press release, written entirely in emoji. It was for a publicity stunt. (3) The demographic you’re intending to reach is key Emojis are not just used by millennials, as many older users also enjoy using them. Feel free to use emojis for targeting a wide range of ages, and for those that you want to exercise caution, consider using social mimicry. Gauge the mood of the audience you’re engaging with and base your use of them on that. If the tone is formal, better to exclude emojis. And remember, not all emojis are appropriate in a business setting (aubergine anyone?) Kashem Miah is director of global social media & content marketing at Shutterstock [rb_inline_related]