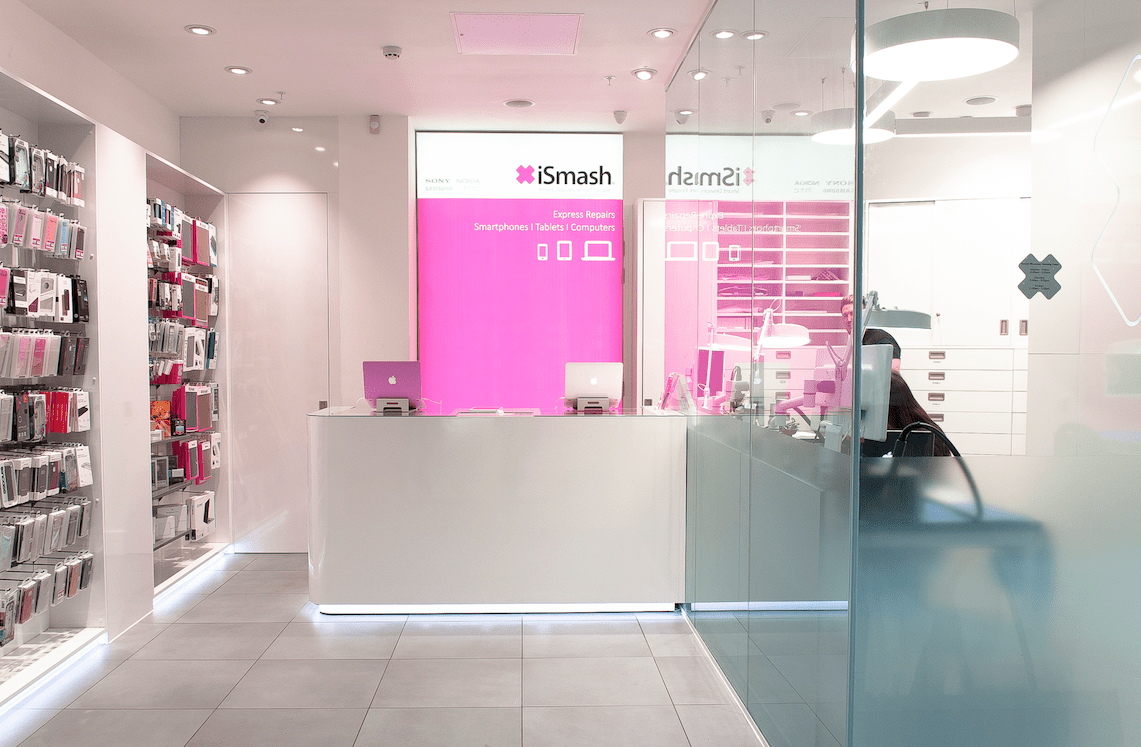 Share via
Julian Shovlin truly embodies the entrepreneurial spirit, setting up his business iSmash while still at university and rolling it out to 16 stores in just four short years. The iSmash business operates as a tech repair service that can handle anything from cracked phone screens to water damage and more complex issues. In the future Shovlin is hoping to expand into newer tech such as smartwatches and drones. ?Initially I was taking orders through Facebook, then I set up the website and we moved into our first store. Since then we?ve grown into 16 locations all in the wider London area, and throughout this year we are expanding outside of London,? said Shovlin. Manchester, Sheffield and Leeds are the next cities to be targeted, and he hopes the business will have 50 stores nationwide by 2019. There?s no denying the business has scaled rapidly, and is showing no signs of slowing down. So how did Shovlin achieve such impressive growth? It has not been plain sailing the whole way, as Shovlin notes both recruitment and finding sites have proved sticking points.

Getting your hands on the right space

Because all the shops so far are based in London, space has been an issue. ?Particularly in London it?s a really competitive market. We?re trying to be on the most popular high footfall streets and shopping centres, and that?s where everyone wants to be,? said Shovlin. ?Some landlords are really receptive to something new, and something which they deem needed in their community, so Canary Wharf was actually our second store. At that point, we didn?t even have a store open in London and we managed to secure it, so that was a really big success for us.? Winning over the landlords for Shovlin has meant making competitive offers for the rent as well as assembling a strong business case for the brand. Naturally, some of the stores are more expensive to run than others, but the profitability plays out pretty evenly across the iSmash footprint. ?We have some really small stores with low overheads, and then the flagship stores, if you want to call them that, in places like Kings Road and Tottenham Court Road. They?re completely different,? he explained.

Getting your hands on the right people

Despite being such a young business, iSmash currently employees around 125 people. Despite the success with getting people on board, Shovlin said this is one of the hardest aspects of running the business. ?You might interview 20 people and only find one,? he said. ?We?re looking for somebody who has the experience and is willing to roll up their sleeves and get stuck in at the deep end. We want passionate people that want to grow with the brand and be here for the journey.? Shovlin admitted working in a startup is a negative for some people, but others see it as an opportunity to step into a business where they can have a real impact. The business handles its recruitment in house, and it has found this useful for keeping an eye on the process and keeping costs down.

Watch out for pitfalls

Shovlin knows what he is up against ? one of the main reasons for his rapid expansion across the UK is the rise of his competitors. ?We believe we are ahead of the curb here. There are some other brands in the UK doing what we?re doing, but not at the same scale or standard, in my opinion. ?We want to take advantage of the opportunity to really become the industry leader, so that?s why we?re opening 13 stores this year and reaching 50 by 2019.? However, he is aware that as he scales the business, it takes on new risks. ?We need to manage business processes within the business, it can very easily get out of control. Stock control is also really important, so we?ve recruited a specific stock control manager. ?We?ve seen other businesses within our sector fail because of those two reasons.? The business hopes to expand overseas eventually, and has started market research in a couple of countries, but is still taking things one step at a time. For now, Shovlin hopes to focus on the UK, and ensure the business isn?t biting off more than it can chew. ?Scaling up is always going to be more difficult than you think it is going to be. It requires a lot of hard work. If you can find a mentor or somebody with experience within the industry, that?s going to put you in a much stronger place. Also, invest in people ? otherwise, it doesn?t matter how good your idea is, it?s not going to be successful.? At the end of the day though, all that hard work pays off. ?Just having an idea and actually see it come to life, it?s really rewarding. And seeing the team expanding ? it?s exciting!?
This article is part of a wider campaign called the Scale-up Hub, a section of Real Business that provides essential advice and inspiration on taking your business to the next level. It?s produced in association with webexpenses and webonboarding, a fast-growing global organisation that provides cloud-based software services that automate expenses management and streamline the employee onboarding process.