The economy improved in the fourth quarter of 2012, according to the latest Quarterly Economic Survey released by the British Chambers of Commerce (BCC). Stronger balances seen in both the manufacturing and service sector show UK firms are confident and ambitious, but the findings also indicate that growth remains weak and there are still economic challenges ahead.

Cashflow balances, though higher, are weak overall, and the service sector’s is still negative at minus one per cent, while inflation remains a major concern for businesses.

Commenting on the results, John Longworth, BCC’s director general, urged the government to take bold and imaginative measures to boost growth that will help businesses of all sizes to deliver a lasting recovery throughout 2013 and beyond.

“Our survey results show that the economy is making progress, despite the numerous challenges it has faced. Although the improvements we have seen are slight, it is progress nonetheless, and highlights the determination and ability of the businesses we have here in the UK.”

Recent steps to improve access to finance, such as the commitment to create a business bank, must be “implemented at scale and with clear timetables” says Longworth.

“The UK economy will continue to face major obstacles as we head into 2013, and every effort must be made to kick-start growth. It is a new year and the time for a new chapter in our economy. The government must build on measures announced in the Autumn Statement and deliver a strategy that combines deficit reduction with a realistic long-term growth plan, including immediate measures to support business confidence.”

More forceful measures are needed to renew Britain’s funding infrastructure that will create confidence in the short-term, jobs in the medium-term and growth in the long-term. But this “will only work once we free up the planning system at national and local levels, and defeat the culture of NIMBYism that prevents many business projects getting off the ground,” according to Longworth.

David Kern, BCC’s chief economist, added, “We expect modest GDP recovery in 2013 and 2014, but it is clear that UK growth remains inadequate and must be boosted further. The economic environment will remain challenging, both globally and in the UK, with a prolonged period of below-trend growth. But British businesses remain resilient and we are confident that, with the right policies, growth will gradually improve over the next few years.” 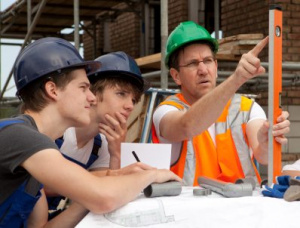