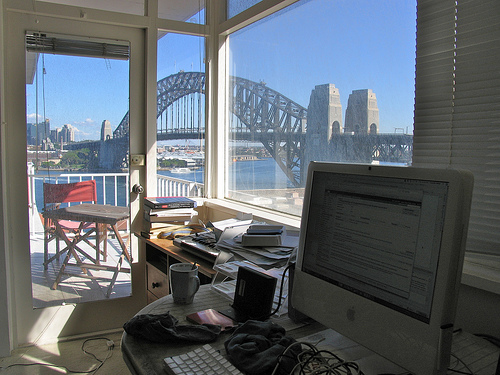 On 30 June the UKs flexible working regulations will be amended. Anyone who has been in a job for more than 26 weeks will be able to ask their employer to let them work more flexibly extending a right which currently applies just to carers and parents. Employers dont have to say yes, but they have to consider it.

The term flexible working covers a lot of ground. It can mean home working, part-time working, flexible hours and more. Employees can request any of these, so long as they only make one request a year. This has stirred up a minor storm amongst some business groups. The Confederation of British Industry, Federation of Small Businesses and the British Chambers of Commerce have all expressed reservations, with the FSB telling the BBC it will entail additional administration that the smallest of businesses will have to learn and may struggle to apply. You can see the lobby groups point. At the very least, the new regulation will create extra administration for firms who have to process flexible working requests, even if none are eventually granted. At the most, it will create pressure to change working times and practices, perhaps forcing a cultural change on an organisation that has other priorities at the moment. Despite this, the new flexible working regulations are a good thing. This is because people work harder when their working hours and locations suit them. If people work harder, companies prosper. Last year, the Royal Society for the Arts, Manufactures and Commerce released a report into flexible working, which concluded that two-thirds of people who have tried it, found it enhanced their job satisfaction. Each employee who worked flexibly was claimed to gain 5.1 productive hours per week working out as 4,200 per annum per employee. Extrapolated nationwide, this would mean that flexible working could add 6.9bn to the economy. Employee-focussed working policies almost always help companies more than they hinder them. This has been true since the days of W.K. Kellogg, who cut his employees shifts from eight hours to six and found that productivity increased as a result. Its true of France, a country who some like to mock for their maximum 35-hour working week, but whose workers are more productive, when measured in average output per hour, than either Brits or Americans. In other words, it pays companies to be nice. Fit your working practices around your employees needs or at a minimum, be seen to take their flexible working request seriously, even if you eventually deny them and your employees will work harder for you, and make you more money. The various business lobby groups have their members best interests at heart, but should consider not being so scrooge-like for once. David Saul is managing director for serviced office provider Business Environment. Image source