We are facing a very real skills shortage in the IT sector. Simply put: demand exceeds supply.

The number of young people studying and pursuing careers in IT has not kept up with demand.

Around 100,000 graduate vacancies are available each year but there are only 80,000 graduates which is why a good computer science graduate can command a starting salary of up to £25,000.

We’re short of talented graduates, yes. But also, the way that computer science is taught has an imperfect fit with the skills that we need in the industry.

At We Love the Web we’re always on the lookout for new talent but one of the biggest concerns I’ve got as a business owner is that graduates don’t really pay for themselves for the first six months.

Once you factor the cost of supervision and mentoring into the equation, then a raw graduate is essentially a commercially non-viable apprentice for at least six months. At £25k pa, this is a cost to the business of over £10k and a very real challenge for any business with the exception of big corporations.

Across the IT sector, there’s a strong feeling that universities aren’t teaching the required skills.

A well-known northern university is still teaching Flash development. The market for flash skills died when the iPhone was released in 2008. That’s 5 years ago now!

There are computer science graduates coming out of our universities that have, at best, a rudimentary knowledge of how to program for ASP.net, the main Microsoft development platform.

They learn Unix, PHP and Java which are all popular technologies, but they aren’t the only ones in use.

Specific technology aside, there’s a greater issue. There does seem to be a real mismatch between real world requirements and what you learn in university. We get graduates who don’t understand how the real world of web development works at all and lack an awareness of the big picture.

I understand that if the client’s website goes offline because my guys don’t do a full system check after putting some new stuff live, then there will be hell to pay.

Not one graduate that I have ever hired understands that. I understand that we need to be obsessive about data. Unless it lives in at least three places (on server, on local backup, remote backup) then it might as well not exist. Again, this is not part of a graduate’s world.

Risk analysis, job estimation, specification and basic workflow and testing processes are core skills in businesses, yet I don’t meet many graduates with an appreciation of their importance.

The solution, I think, is twofold: get kids into computers earlier and change the curriculum.

The Raspberry Pi is probably the most important computing device to come out of the UK in the last decade – it gives kids the ability to hack and experiment without ruining Dad’s laptop or the family iPad for the costs of a few weeks pocket-money.

I was at a tech conference this weekend with workshops for teaching kids how to make facial recognition systems for about £50! Hack-days and fun computing projects allow them to develop the skills and approaches early on that will stand them in good stead later.

It also builds in programming skills at a basic level. And an understanding of how all the technologies fit together without six layers of consumer-friendly ‘shiny’ masking what’s actually going on under the hood.

Programming is problem solving: if you can do one, you can do the other. Logical, critical and lateral thinking are key skills for any developer as are research skills. These are hard to teach: they are easier to learn by doing. Technologies are easy to teach: but teaching students five different languages is largely a waste of time.

Technologies change, the underlying principals don’t. We need kids to be coming to university already knowing how to make computers do things in code. Then use their time at university to teach them how to structure their work, how to manage risk, how to fit their bit of work into the big picture and how to work in teams. That’s what changes a hacker into a professional developer.

And finally, change the culture. Engineering is a profession for really smart and talented people. The people I employ are a very long way from the appalling ‘IT crowd’ stereotype. ‘Geek’ is finally becoming a term of praise, not abuse. This is brilliant. Britain is a nation of inventors and engineers.

We invented the computer. We devised the first programming language. We invented the web. We need to be proud of that and celebrate it so that our kids choose to enter IT as a high status career that’s rewarding, interesting and respected.

Frank Fenten is MD of digital marketing firm We Love the Web. 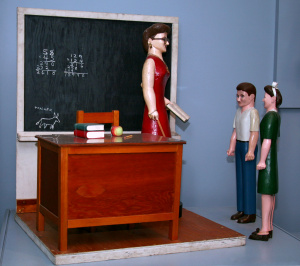 Building a workforce for the future 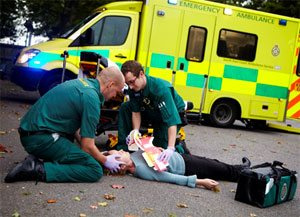