European countries are signing up in droves for fixed quota women on boards and pressure is on for the UK – well possibly less so if we come out of the EU but that is another story.

The politicians, be it out of genuine belief or grabbing votes, are proclaiming the wonders of women on all fronts. If anything, it is some of the women who resent being treated as a special case and would rather make their achievements on genuine merit rather than sex. It takes a brave man in this day and age to risk both law and popularity speaking against the progression of women.

Now in a minority, but still very much alive, were the hardcore in the Church. They argued openly – and at least honestly about their opinion – that the case against female Bishops is based on God’s will to have men in charge and women should be under their subjugation. There are various biblical illusions and the sex of the disciples thrown in, but the underlying message is plain and simple.

The higher up the social and economic scale, the more PC it is to spout equality. Women struggle to juggle their double lives and equal opportunities and the men propound on how great it is.

Yet because of this, huge numbers of women’s groups campaign for special treatment for women, on the grounds that they are a special case, needing special help – as indeed in the cabinet where there is a women’s minister – no male equivalent exists.

And the men are under pressure. The high performers compete in the boardroom. But on the British shop floor, where the average man still talks of women as a complete sub-species, to be fooled within relationships of any type, and expected to have food and negligees waiting on demand, it is a very different story.

They have relied through the decades on their physical and breadwinning dominance. Both are under pressure – the women have been taught to reject the former and are competing in the latter. Small wonder they are insecure and wracked by inadequacy – nor are they likely to be able to resort to Biblical justification.

No amount of government papers nor Church votes are going to change this. It will be a long while till the dust settles on the future of the British working man not just accepting, but feeling secure enough to be approving, of female leadership.

75% of local government authorities embrace tech, but lack IT skills 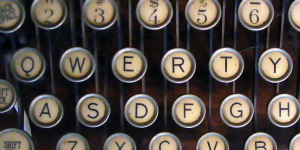