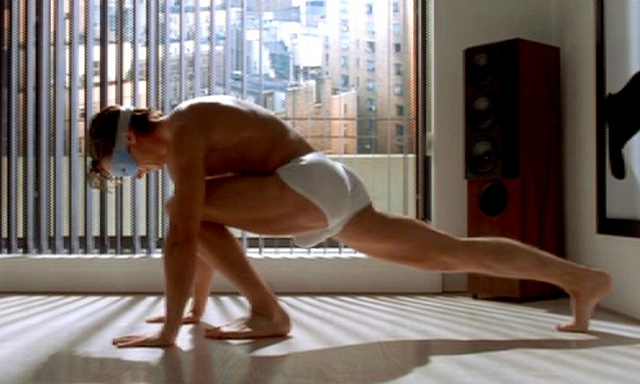 Arguably the first movie to cross anyone’s mind upon uttering the word psychopath is the 2000 black comedy thriller “American Psycho”, which stars Christian Bale at Patrick Bateman. Apart from having a main star who’s surname sounds much the same as “Psycho” villain Norman Bates, what makes this fictitious plot line so intriguing is that he works on Wall Street.

The scene is set in 1980s corporate America, when the stereotypical investment banker was only interested in two things: looks and how a thick their wallet was. Of course, there was a third option when it came to Bateman, which involved stuffing heads in fridges and killing people with axes because their business cards were better than his. Case in point: Of course, analysts tell us that psychopaths such as Bateman are rare when it comes to the world of business. What we have in the modern era, however, is the corporate sociopath. They’re ruthless, lie and “do what needs to be done” to get what they want. At least axes aren’t involved. Beware of when a colleague plays Huey Lewis and the News is the only advice that can be gleaned from the above movie. Much like Bateman, however, they seem to be attracted to financial areas, as well as c-level positions, suggested clinical psychologist Jennifer Francis. This was echoed by Roy Klabin of “Arts Mic”, who quoted author Kevin Dutton as saying the position of CEO is the number one job that attracts sociopaths. The piece suggested: “With the heartless greed and sadistic ambition displayed on Wall Street since the 2008 financial collapse, it may come as no surprise that the first place on the list goes to the modern-age equivalent of a pharaoh.”  Read more about psychology: Dutton believed that capitalist positions of leadership “offer power, autonomy, command, and status” ? a perfect battlefield for the ambitious to compete. “Where once pyramids littered the dessert in tribute to vain kings, we now have skyscrapers and corporate logos filling the clouds above.” One of the reasons why they’re so hard to tell apart is because sociopaths and narcissists have much in common. There is one fundamental difference though. Narcissists are generally “not necessarily dangerous or aggressive” whereas the sociopath will enter into aggressive stages. ?It?s the kind of stuff that when it happens, it really takes your breath away,” explained Francis. “You think ?they can?t possibly have done that, they can?t possibly have lied about that or did that thing in the face of the rules we have in our workplace’. They lack that kind of social response that most people have that keeps us in line with what?s right and wrong.? Much like Francis, Michael Moccoby suggested that narcism is thin line between the two. In his book “The Productive Narcissist: The Promise and Perils of Visionary Leadership”, Maccoby counts Apple’s Steve Jobs and Microsoft’s Bill Gates as “productive narcissists”. These types of people excel as innovators, “but they’re poor listeners and they can be awfully touchy about criticism”, he said. “These people don’t have much empathy. When Gates tells someone, ‘That’s the stupidest thing I’ve ever heard,’ or Jobs calls someone a bozo, they’re not concerned about people’s feelings.” To this degree, productive narcissists can become “drunk with power” and turn destructive.  Tony Fernando, a psychiatrist and senior lecturer at the University of Auckland, threw in his two cents on the subject, claiming that many sociopaths are incredibly charming.

?They can be very convincing in making you invest in their dubious schemes,? he said. It’s probably why Jordan Belfort, the real Wolf of Wall Street, was so get at what he did. He was said to have been “crawlingly charming“.  Belfort conned his way through life, starting at the bottom of the Wall Street and quickly making his way to the top. That Belfort is a sociopath is partial speculation. He’s never been diagnosed. To this degree, many revere what he did as a stroke of genius.  But this could be how it all starts. There is probably a thin line between being a genius and being a sociopath, after all, several great artists were known to be insane. Indeed, CEOs can rise to astonishing heights, but they can also cause enormous damage along the way.  This interchangeability of ones character has, in a certain way, made Hollywood addicted to using sociopaths as their villains. You can’t see them coming half the time, which makes for a good plot twist. To this degree, Alfred Hitchcock’s Bates cannot be lumped in the same category. It has been a great topic of debate. Essentially, sociopaths, and often psychopaths as well, don’t loose touch with reality. Think of it this way: sociopaths are bad, much like Tom Ripley in “The Talented Mr Ripley”, rather than becoming mad the way Bates does. Once again, this makes the sociopath a more formidable foe, and there are far more in the workplace than you may think. A 2011 study, conducted by New York psychologist Paul Babiak, found that one out of every 25 business leaders could be psychopathic. Babiak suggested that these individuals often disguised their condition by hiding behind their high status and by turning up the charm.  In a BBC Horizon documentary, Babiak said: “Psychopaths really aren’t the kind of person you think they are. In fact, you could be living with or married to one for 20 years or more and not know that person is a psychopath or a sociopath. We have identified individuals that might be labelled ‘the successful psychopath’. Part of the problem is that the very things we’re looking for in our leaders, can easily be mimicked.” Once again it was been stressed that their natural tendency is to be charming. And, again, “this makes it almost impossible to distinguish between a genuinely talented team leader and a psychopath”, Babiak said. Psychologist Dutton claimed that there used to be a method to find out if someone was either a sociopath or psychopath. He would tell people a story that goes like this: “While attending her mother’s funeral, a woman meets a man she’s never seen before. She quickly believes him to be her soulmate and falls head over heels. But she forgets to ask for his number, and when the wake is over, try as she might, she can’t track him down. A few days later she murders her sister. Why?” It should be simple. If you thought of jealousy or revenge as the reasoning behind her killing her sister, possibly due to finding out she’s been seeing him behind her back, then you’re off the hook. However, if you thought it was “because she was hoping the man would turn up to her sister’s funeral as well,” then by all accounts you could have a little sociopathic behaviour. The question is supposed to find out whether you lack emotion when it comes to decision-making.  But after trying the question on the real deal in a group session, not one picked the second option. One even commented: “I might be nuts but I’m not stupid.” According to Paul Lawrence, a professor of Harvard Business School, their ability to think carefully and cleverly is what leads to a sociopath becoming a leader in the first place. ?A lot of history records the fact that such people have gotten into important positions,” he said. “The whole Dark Ages was a period in which those people got into leadership positions in governments on a large-scale basis and there was a tremendous amount of warfare and suffering during those times. I think the whole Renaissance has been an effort to move away from that kind of leadership.  Read more about leadership: “So it?s come up throughout history and that is thoroughly discussed. We see it not only, obviously, in business, we can name and do name prominent leaders in business who are highly suspect of having that feature.” The point he tries to make is that, yes, sociopaths have been known to become leaders in both business and politics. But are they good for business? Freaked out yet? if not, just listen to this: Read on to find out if being a sociopath is good for business. By Shan? Schutte