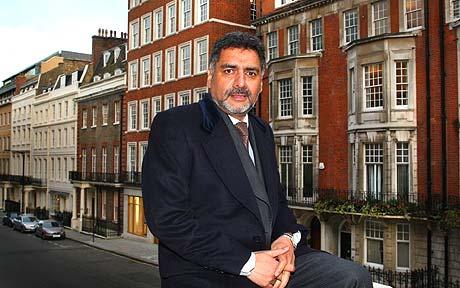 James Caan, a former Dragons’ Den star, is going into business with the Candy brothers, Nick and Christian Candy.

Teaming up with top developers, designers and high net worth individuals, James Caan aims to launch a property scheme that will buy, develop and resell luxury properties in Mayfair and the West End, the Telegraph reports. James Caan is reportedly looking to invest £100m in the super-prime London property scheme. “In central London, Knightsbridge, Mayfair, Chelsea there is a tiny part of a country which is performing very well,” he told the Telegraph. “I’m going to take properties in that market and turn them into homes with the same standard of accommodation as a five star hotel.” According to the piece, James Caan will also kit the properties out, “down to the art on the walls and individually monogrammed towels and dressing gowns in the bathroom”. The Candy brothers recently launched One Hyde Park, their own super-prime development (more on that here), and would be a great team for James Caan to partner with. “This has shown me there is a market for this kind of property. There’s a very small window when this market will exist, until the banks start to lend again. But while the banks are closed for business, the opportunity is very exciting.”