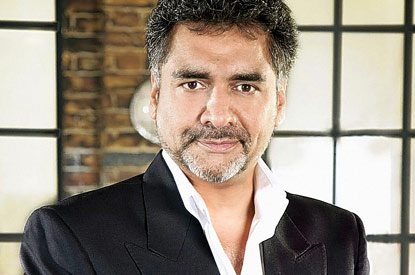 Share via
James Caan, the Pakistan-born self-made multi-millionaire, is bowing out of Dragons’ Den. The news follows James Caan’s well-publicised spat with fellow star Duncan Bannatyne and the “babygate” drama. James Caan says he’s ruled himself out of the next series of Dragons’ Den due to an increasingly busy work schedule and the commitments to his philanthropic activity in Pakistan. In a statement sent to Real Business, James Caan wrote: “My work and philanthropic interests mean I can’t devote the time required to the Den any longer. Dragons’ Den has been an integral and exciting part of my professional life and I thank the show profusely for letting me be a part of it for so long. “I’ve enjoyed my time in the Dragons’ Den immensely, and it’s been great working with the other Dragons and the team on the show. But unfortunately, I’m out!” James Caan’s favourite Dragons’ Den moments What were James Caan’s favourite moments on the BBC’s Dragons’ Den? He told us: During his four years with Dragons’ Den, James Caan invested more than ?1m in budding entrepreneurs. James Caan’s future We reckon James Caan will be taking on a more political role. Last month, business secretary Vince Cable announced that James Caan would be one of the 26 entrepreneurs to sit on the new Entrepreneurs? Forum? providing informal and personal advice on new business and enterprise policies. ?While I think Britain is a creative and innovative society, to be able to compete with global markets, I think we could definitely do more,”? said James Caan at the time of Cable’s announcement. “In particular, I know that the recent spending review has put more pressure on the education sector, but I would like to see more done to improve and increase the education of science and technology throughout the education system.? There is a vacancy for enterprise tsar since Lord Young quit. Anyone reckon James Caan could fill the role?