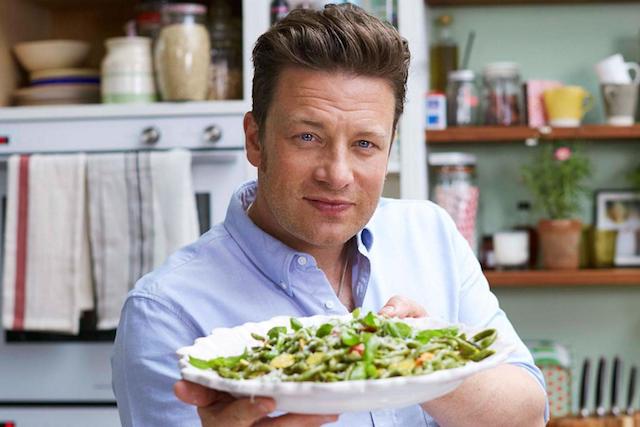 Share via
Ten years ago, if you walked down your local high-street you would see a plethora of mid-level restaurant chains, (Strada, Prezzo, the list goes on). But today, a majority of them are scaling back, closing stores, and making their vast teams of staff redundant. What happened? [article id=”132321″ title=” Ocado chairman says only strongest high-street brands will survive”]

Back in 2008, Jamie’s Italian, (which would later become a nationwide chain of ‘casual dining’ restaurants), stood poised to define mid-market restaurant culture. Fast-forward to mid-2019, and his restaurant chain, along with sister brands Barbecoa and Fifteen, are going into administration with twenty-two restaurants being closed and up to 1,000 jobs being lost.

Even a ?13 million pound injection of his own money wasn’t enough to save them.

Oliver has been quick to come up with a multitude of causational factors to explain the failure, including tough-trading conditions, Brexit, and general comments about ‘high-street decline’. But is there more to it?

Similar restaurant brands that are failing

Other mid-level restaurant chains such as Strada has cut its restaurants down to just three sites, whilst Carluccio’s underwent massive restructuring last year only to close a third of its restaurants after running into millions of pounds worth of losses.

“In recent years, (the restaurant industry) has fuelled its expansion by gorging on cheap debt. It has grown fat and complacent and is now suffering the stomach cramps of falling sales.” ? The Guardian

Market saturation and?over-expansion paired with the tightening of belts among consumers means that when they do go out to eat, they are faced with too many options. This means the consumer can be more discerning about where to go, and where not to. Just because chains like Jamie’s were rapidly expanding across the UK, (backed by private equity firms which thought mid-level franchises were in vogue at the time), doesn’t mean they were ever doing well. The idea behind private equity investment in these chains was to invest in, and rapidly upscale the numbers of restaurants, and then flip them with a hefty profit to another PE backer. In short, Oliver’s backers went for rapid growth over balancing the profit book, which has ultimately led to the chain’s decline. This left the chef with an overstretched portfolio of restaurant sites with high running costs that hadn’t yet demonstrated they could support themselves. Data firm CGA estimates that the number of group restaurants in the UK increased by almost 30% to 5,785 in the five years to March 2019. ? BBC

Oversized and understaffed sites and no loyal customer base

Speaking to the BBC about her time working at Jamie’s Italian in Glasgow, an anonymous source gave her reasons why she thought the chain went under.

“Unfortunately, because of the fact that it is quite expensive, we would not be on the top on TripAdvisor. The market for chain restaurants is dying – there are loads of places you can go to in Glasgow that are cheaper.” ? BBC

This included restaurants that were too large and understaffed, which left managers and chefs feeling overwhelmed. This led to poor service and food quality, where the addition of voucher schemes attracted consumers after a bargain instead of a loyal customer base. This meant their cornerstone clientele became passing trade over loyal customers.

What was Jamie’s intended customer base anyway?

The first Jamie’s Italian restaurant, (opened in Oxford, 2008), came right at the start of the global financial crisis. This tough climate affected the middle classes most, which was the market Oliver was trying to attract.

This was the market, where an average family of four, would look in their fridge on a Thursday night, see it empty, and go to Jamie’s for a bowl of pasta instead.

Following the belt-tightening post-2008, Jamie’s lost the cornerstone of its market before the franchise had begun, leaving the remaining customers finding the food too expensive.

The sea change in customer habits

“They (UK chains), have also been affected by the growth of takeaway apps such as Deliveroo and Just Eat, and hit by the rapidly rising costs associated with restaurants, including minimum wages and business rates.” ? The Financial Times

The high street is evolving away from middle-market ‘fine dining’

Quasi ‘fine dining’ chains such as Jamie’s, Strada and Prezzo can’t compete with the massive changes affecting high-street dining culture as consumer trends turn to quirky independent bistros or to more reliable and (delivery friendly) ‘fast food’ chains. Whilst Jamie’s intention was to “disrupt” the mid-market sector when he opened the first ‘Jamie’s Italian’ restaurant in 2008, eleven years later, his own brand has been successfully disrupted by the newer, easier, and more agile kids on the block.