It is also fascinating to look at some of the trends behind the figures. There is more to it than the straight forward and expected tech and IT successes.

Consumerism is alive and well despite the recession. Throughout the list you find jewellery and luxury cars – even a luxury-end butcher. Home improvements remain this obsession for us and furniture crops up in manufacture and retail. We are still earning and still want to spend it on what makes us feel good.

Incredibly the largest group is manufacturing occupying 18 of the top 100 places. This underlines the economic messages that we saw earlier in the year showing the strength of the first half of the year in the manufacturing sector.

Crown Imperial at number 14 is a family business, in far from the top end of furniture manufacture yet bucking all trends turned in an incredible 69 per cent compound growth rate leaving the competition in the stalls. The glorious Edinburgh Woollen Mill, whose original mill many of us have been round on Scots travels, was far from shoddily behind at 43 per cent. Ilmor Engineering have glamorous race engines heading their product list, and an audio engineering company slips in there enjoying success as part of our personal indulgences.

But for the bulk of the list, it is the very non-glamorous, non-inspirational products that are turning in incredible contributions to the British economy. Metal work makes up a phenomenal proportion – there are success stories in valves, tube fittings and shock absorbers. These companies have between them mopped up some of the highest business awards from EY Entrepreneur of the Year, Queens Awards for Enterprise in Innovation, Export Champion, Most exciting SME according to the London stock exchange.

But is the British government or indeed the British public get excited? Sadly not. The current government had a brief romance with backing manufacturing earlier in its reign and found it less than a vote winner. I wonder if this is because such a huge majority of these companies are based in the more realistic north of Watford section of the country, where the manufacturing industry has been a part of life rather than something to hide away.

It is a tragedy. We should be a great deal prouder of our manufacturing. Maybe we can all raise a glass of no 98, Thatchers Holdings, Cheddar Valley Cider and drink to a time where Britain finally realises that manufacturing should be aspirational in the home and in the education system. 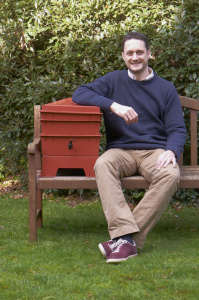 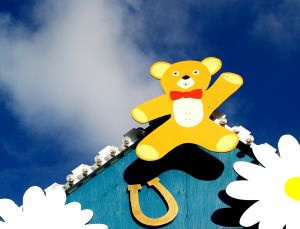 Parental leave: What you need to know (and do)