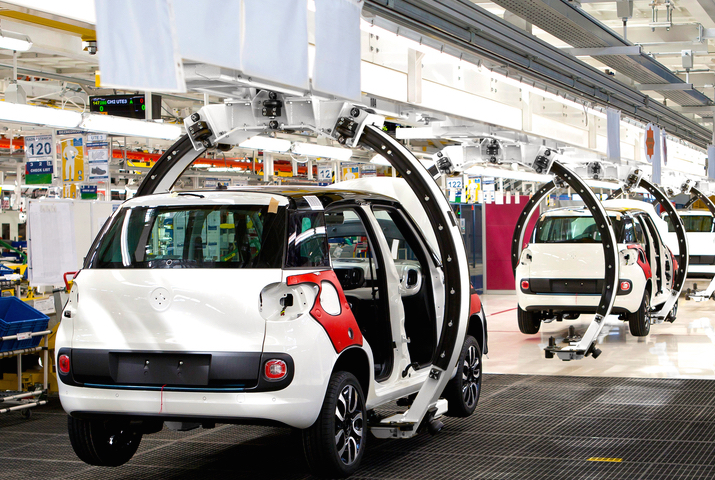 Based on figures from the CBI we had a moment of optimism when order books for November hit a high, but their estimates are now at the lowest since January 2013 – and that is a grim thought indeed.

The bastion of British manufacturing, our car production industry, has shown a fall in production by nearly 7 per cent in October and now looks set to miss annual targets. We had been briefly bouncing around on the back of expected September figures but the autumn has far from lived up to expectations.

Normally exports account for four fifths of the cars we build and there are a great many reasons out there why the export markets aren’t on boom times. The message here is the same – behind 2013.

Around half the UK’s cars are destined for the EU, and our German and French peers haven’t been feeling all that perky about spending their euros. Then we have Russia – normally one of our biggest export destinations now hit by sanctions due to their Ukrainian activities.

Some highly talented manufacturers are indeed succeeding in taking advantage of the premium Made In Britain label and managing to export. There are some fabulous, fantastic, and truly amazing success stories. We do well to talk of them and celebrate them as the confidence in the economic recovery is still on very shaking sand.

However it is impossible to overlook that there are many areas of manufacturers that are having to rely on home grown orders to keep them afloat. Despite gloom and doom on the wages front – an average of £1 rise this year we are told – cheap borrowing is still enabling the Brits who can meet the criteria to take advantage and spend on their cars as just one example.

So when we read of the expected boom in Christmas shopping this year as recession becomes a distant memory, is this really all about cheaper money and more confidence from us Brits? Sales are estimated at 8-10 per cent higher than last year.

London retailers are benefiting from big rises in the international rich coming to shop in London town; it is now the busiest European shopping destination with spending last year topping £8.5 billion in the West End and larger than ever numbers of US and Chinese visitors flooding in. Are they selling predominantly Made in Britain goods? Sadly I very much doubt it.

There are more troubled than trouble-free manufacturers out there in Britain today which will not do any favours to the British economy as a whole.