Bank of England governor Mark Carney wants to ensure the new generation of paper notes can’t fraudulently be replicated. It’s why the £5 note got a makeover, printed with polymore and replaced with Winston Churchill. The £10 note follows suit, albeit featuring Jane Austen.

Carney also announced that 2020 would see the £20 note switch to a similar plastic structure. It’s largely because polymore is said to be 2.5 times more durable than the existing paper notes. What’s more, it follows the Jane Austen note by including tactile raised dots for the visually impaired.

“Our banknotes serve as repositories of the country’s collective memory, promoting awareness of the UK’s glorious history and highlighting the contributions of its greatest citizens,” Carney recently explained.

“The new £10 note celebrates the work of Jane Austen. Her novels have a universal appeal and speak as powerfully today as they did when they were first published.”

What more people seem to be talking about, however, is the quote accompanying the note. It comes from one of her most popular works, Pride and Prejudice: “I declare after all there is no enjoyment but reading.”

It’s uttered by one Caroline Bigby, and many have confessed their confusion to its use. The Guardian went so far is to call it “a major blunder,” wondering “whether the governor had read Pride and Prejudice at all”. Biby only pretends to enjoy reading in an effort to attract Mr Darcy and his money. As The Guardian notes all too well: “She is the most deceitful character.”

Another arguement stems from the increase in online payments. It’s a point Simon Black, CEO of PPRO certainly makes. “The cost of introducing a new banknote is incredibly high. The £5 note, for example, cost the Bank of England £70m to develop. Each seperate note costs around 7p to print, a cost which could be avoided by encouraging a societal shift towards cashless payments.

“Our own research shows, that if given the option, 26 per cent of Brits would never pay by cash when buying an item in a shop. More than a quarter find themselves irritated by notes and coins. Physical money is fast becoming redundant in today’s increasingly tech driven society with 33 per cent of the UK stating they never use cash anymore.

“The easier it becomes to handle your finances with a smartphone, the fewer reasons people have to carry physical cash.”

Companies are similarly seeing value in offering more digital alternatives. Take Burger King, for example, which launched its very own cryptocurrency. Named WhopperCoin, the currency can be traded, saved up and shared among various people.

“The current, or old, £10 note has been in our pockets for decades, but I predict the share of contactless payments will more than triple in the next five years to almost eradicate cash,” Black added. “In the digital age, cashless payment methods are king.” 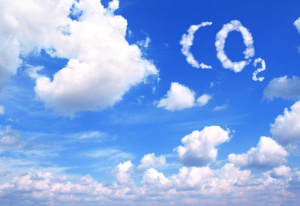 Reduce emissions: Pollutants are bad for the earth – and your bottom line