While there’s plenty of uncertainty in our non-too distant future, we can at least be reassured that the International Monetary Fund (IMF) was not only wrong about its doom and gloom recession claims, but that the UK was the fastest growing G7 nation in 2016. What a great way to kick start January’s 2017 economic statistics.

Chancellor Philip Hammond claimed every major sector of the economy grew, “which is further evidence of the fundamental strength and resilience of the UK”. It also means we’re fast approaching the new forecast made by the Bank of England (BoE) – our economy will grow by two per cent this year it said. The bank also revised its growth calculations for 2018, estimating an increase of 1.6 per cent instead of 1.5 per cent.

It hasn’t prevented the IMF from believing Britain has yet to feel an aftershock from the referendum vote. And in some part, the IMF could be correct in suggesting bad news will follow the good. For example, last year saw a rise in wages and employment, with living standards having increased significantly since 2014. This boom has come to an end, and it’s thanks in large part to the rise in inflation.

“Incomes in working-age households have grown just 0.5 per cent in the current financial year, the slowest pace since 2012-13,” Stephen Clarke, economic analyst at the Resolution Foundation told Real Business for its 2017 economic statistics roundup. “After a tight squeeze during the financial crisis, people enjoyed a living standards mini-boom. But fast-rising inflation has brought that mini-boom to a sharp halt as pay rises have not kept up.”

The Resolution Foundation projected that income growth would slow to 0.3 per cent a year for the next four years, creating a rift of equality for many. While income will still rise for high income households, it will stagnate in the middle and fall at the bottom.

“Significant cuts to working-age welfare of over £12bn are a key component of what looks set to be falling living standards for almost the entire bottom half of the working-age income distribution between this year and 2020-21,” Clarke explained. “The result is the biggest rise in inequality since the late 1980s.”

We’ve already been dubbed one of the most unequal countries in the world. Another not-so-new development is the persistent number of high vacancies across Britain. In our 2017 economic statistics feature EMEA economist Mariano Mamertino went into further depth, suggesting Britain’s successive falls in unemployment are “becoming increasingly hollow victories” because they are being driven not by job creation but by more people leaving the workforce.

“The employment rate is all but flat, and the number of people who have stopped looking for jobs and become economically inactive rose by its fastest rate for more than two years,” said Mamertino.  “For those in work, of greater concern is the steady erosion of their pay packets. Consumer prices rose by 1.6 per cent in 2016, and inflation may soon match average wage rises – leading many people’s incomes to stagnate in real terms. These two economic warning lights are growing increasingly bright – and by comparison the modest drop in unemployment risks being a mere footnote.”

The weak pound does little to help any of this. In fact, our 2017 economic statistics roundup revealed it has already had a big impact on prices in the shops, with the consumer prices index rising to 1.6 per cent. According to David Blanchflower, professor of economics at Dartmouth College: “Prices paid by factories for materials and energy rose by 15.8 per cent in December 2016, the biggest jump since September 2011. The rise in prices, which is going to continue, will begin to catch up with the growth rate of wages and overtake it, which means workers’ real spending power will start falling again.

“Economists expect higher costs for firms to continue filtering through to shop prices. The really bad news in December was that retail sales volumes dropped 1.9 per cent, the sharpest fall for more than four years and far worse than economists’ forecasts for a 0.1 per cent dip. Spending is expected to slow further as rising inflation eats into pay packets.” 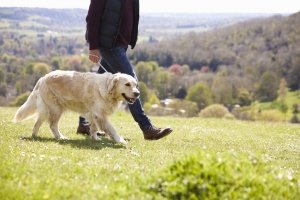