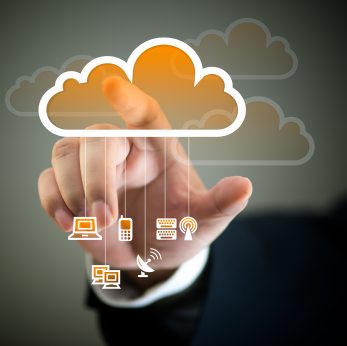 If someone asked you which professions had the noted ability of using jargon to confuse you, you’d probably come up with politicians, lawyers or bankers. The reality, however, is that technology companies are twice as bad as politicians or bankers, and five times worse than lawyers for using waffle and jargon.

According to a poll from Six Degrees Group, over half of business people surveyed felt that “jargon junkies” at technology companies are guilty of using confusing words and acronyms ? in comparison to 24 per cent for government, 16 per cent for bankers and only nine per cent for lawyers.

The research revealed some rather amusing results when respondents were asked the meaning of a few commonly used words and phrases from the technology sector. Platform as a Service (PaaS) was believed by 22 per cent to be a new “philosophy for railway management”. Some 12 per cent of respondents thought Infrastructure as a Service (IaaS) was some form of road-building technology. Less than a quarter believed that cloud computing was a new free internet service.

It would be funny, if it wasn’t so serious. One of the reasons for the survey was to help IT companies understand how confused we are about new technology and their terms ? especially that of “the cloud”.

According to Campbell Williams, group strategy director at Six Degrees Group: ?Cloud computing has the potential to transform UK businesses, but the benefits are being lost in a wash of vendor waffle and service provider in-fighting.?

To really drive the influence of jargon words home, IT decision makers were also asked about the cloud. Although 83 per cent had a broad understanding of cloud-computing, an equal amount felt that cloud service providers could do more to demystify the cloud. Almost half of respondents felt that “cloud-washing” by marketing departments at technology brands is an increasing problem and, even worse, only six per cent agreed that cloud service providers understood their needs well ? a damning verdict of the way in which technology companies are marketing cloud computing to businesses.

The survey also highlighted that senior management and board level executives feel baffled by the amount of new phrases and jargon that they are expected to keep up with. Lawyers, bankers and politicians aren’t the most popular bunch right now but IT people are worse than them all put together when it comes to causing confusion, cite over half of respondents. The results show that not only do people on the streets think this, but so do the IT workers themselves.

Upon receiving these findings, Six Degrees reviewed ten of the Fortune 500’s top technology brand websites, along with its own, to find the most commonly used waffle-words.

These are the five worst offenders and what they really mean:

Do you have your own jargon pet hates? Share them in the comments!