Jean-Claude Juncker is proclaiming in his state of the European Union address that the time has come to turn his office of head of the European Commission into that of president of all 27 EU countries.

Here in Britain we don’t much care for despots. Indeed in 1649 we cut off the head of the last one, King Charles 1. That heralded the beginnings of our parliamentary democracy and we have been keen to keep it ever since. It is why, quite correctly, the motto of the Brexit campaign was “take back control”.

If it wasn’t so serious it would be highly amusing to watch the reaction of some of the high profile priests of Remain to Juncker’s bid for despotism.

The ageing ex Shell economist and amateur dancer and now leader of the Liberal Democrats, Vince Cable, spluttered: “He (Juncker) is in the wrong place and he does no favours for the British pro Europeans. He happens to be a very bad choice for that particular job. He represents an extreme federalist position”.

George Osborne who has spent nine-tenths of his time pillorying prime minister Teresa May, David Davis et al through his editorship of the Evening Standard seems suddenly to have lost the use of his pen and refuses to comment.

Tony Blair, that ardent advocate of having more referendums until the British people do the right thing and vote Remain, spectacularly misjudged the British mood by holding a well publicised love-in with Juncker a few days before he made bid for totality.

Close to home I hope the Irish are taking note of what is going on because under Juncker’s vision for Europe they will be returning to serfdom. They will be stripped of their freedom to make their own fiscal decisions, thus destroying the economic power base they have cleverly built by offering the lowest company tax rate in Europe today.

Recently there have been signs that some of the more forward-thinking in Dublin are beginning to understand this (see the Policy Exchange Report written by Ray Bassett, former Irish Ambassador to Canada and very appropriately released on 4July 2017, American Independence Day). I would urge them to join us in breaking free from the tyranny to come.

The battered and bruised Remainers argue that the likes of French president Emmanuel Macron and German chancellor Angela Merkel would never allow Juncker’s office to grab the levers of power. The Financial Times likes to quote the Dutch prime minister Mark Rutte’s reaction: “Juncker is a romantic. I am more of a, ‘when you have visions, go see a doctor kind of guy’.”

But the genie is now out of the bottle. Macron and Merkel may muse about constructing a two, or possibly multispeed, EU but Juncker’s state of the union speech is brutally logical. He is underlining the inevitable.

If you expect 27 countries to pull together then you have to impose the same rules and standards, fiscal and political, on all of them. I suppose, sadly for him, even his EU compatriots mentally compare Juncker more to the clown Mussolini than the horrendously effective Hitler.

The fact that he can be cast as a figure of fun at this stage does not detract from the probability that mainland Western Europe is yet again one step away from despotism. We are escaping in the nick of time. Ireland, come and join us in doing so. 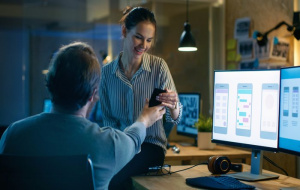