It’s not often that I’m mentioned in the same breath as Jeff Bezos and Elon Musk. I’m certainly able to rule out any snide insinuations that these giants of the corporate world have developed a secret interest in plumbing or, indeed, are more skilled at the art than myself.

No, what connects me with both the Amazon founder and the CEO of Tesla and SpaceX are our shared hatred of meetings.

I haven’t yet reached the same level of global prominence as this pair, but as fellow entrepreneurs we have a belief in ourselves and are always ready to stand by our decisions.

We see something that needs sorting – and we sort it. Don’t prevaricate; I want action not a conveyor-belt of words.

Apparently, according to workplace commentator Stephanie Hare, Musk urges staff to just get up and walk out of meetings if they no longer think they can contribute anything valuable.

That’s a sensible idea! How many people sit in meetings thinking about other tasks they should have sorted an hour ago. Meetings are often an unwanted extra to the working day.

And Bezos? Bless him, he even devised his own set of rules in an attempt to curb the amount of time he spends warming his executive chair.

He dodges meetings before 10am as he reckons he’s not at his best before this time – and he also came up with the two pizza rule.

Hilariously, he restricts the number of people in a meeting to those who can be comfortably fed on two pepperonis. I might introduce a similar rule, only based on Hob Nobs.

Bezos also banned Powerpoint, a process designed to extend the process if ever I saw it. Say what you need to say and get on with it, let’s not stare at fancy images, graphics and bullet points. It’s style over presentation.

Bezos and Musk haven’t reached the top by accident. None of us have the time to sit around chewing the fat, we need to get on and make things happen.

The other bugbear with meetings is that they often take a whole slew of people away from their main duties for a considerable period; time which is often difficult to recover.

If you want to consider other people’s ideas and thoughts on a subject then there are ways and means of doing it, but sitting round a desk for an hour or so isn’t it.

In fact, it often leads to even more confusion as people feel they have to make a contribution and come up with alternatives simply to prove they’ve been listening.

The best way of involving other people’s thoughts and ideas is with a quick huddle. Say what you have to say, exchange ideas, make a decision and bingo.

My time is really precious and I can’t afford to waste it. If I believe a meeting can be productive then I’ll have one, but it will certainly be short and sweet.

That system has always fared well for me since I founded Pimlico Plumbers. It keeps the pertinent points at the forefront of your mind and that ensures they are carried out.

It’s important to recognise no entrepreneur is an island. However, we all need to consult with other people who are able to share their business experience and expertise. This might be better done through mentoring organisations.

You might say that in writing this column I’ve wasted a little of my valuable time but I’m happy to share my own experiences in business – and it’s a fact I don’t find meetings either productive or rewarding.

It is sometimes what business people believe they must do, when with a little preparation and guidance things, we can achieve a better outcome.

That’s a great standard for entrepreneurs to follow. Banish the formal meeting and concentrate on what you’re good at. But do it to be more productive, more focussed and to avoid drowning in a boredom-fuelled morass of opinion, facts and figures.

So cut down on meetings for this reason – and not just because you want to reduce the size of your pizza bill. Perish the thought! 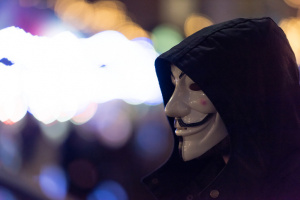 No “credit crunch” for SMEs despite growing Brexit uncertainty