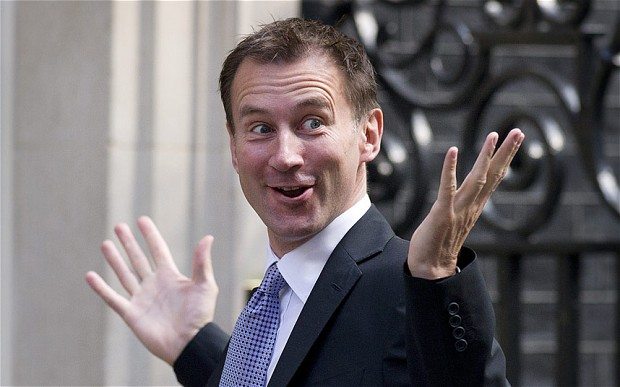 Health Secretary Jeremy Hunt is on the verge of becoming one of the richest members of the Cabinet when the company that he founded sells.

Education listings service Hotcourses is said to be up for sale for £35m, with Inflexion Private Equity as the top bidder, according to Sky News. Hunt, who founded the company in 1996, still owns 49 per cent of Hotcourses, meaning that a £35m sale to Inflexion would result in a £17.2m windfall for the Health Secretary. This would make Hunt the richest member of the Cabinet, overtaking Defence Secretary Philip Hammond’s £8.2m fortune. Hunt is one of the most successful entrepreneurs to have a new career as an MP in the last few years, and his experience running a business helps give him credibility when it comes to running one of the government’s most important departments. Prior to becoming Health Secretary, Hunt was Secretary of State for Culture, Olympics, Media and Sport, successfully overseeing the London 2012 Olympic and Paralympic Games. Forty-seven year old Hunt is one of the Conservatives’ most promising members, rising up the ranks very quickly. He was only elected MP for South West Surrey in the 2005 general election. Hotcourses was set up by Hunt with business partner Mike Elms after spending two years in Japan teaching English.  The business provides listings information about evening, training, university and other courses, and today employs more than 200 people. It is the world’s largest course database, advertising more than 700,000 courses and 33,995 scholarships from more than 27,000 institutions. In the six months to July 31 2012, Hotcourses had a turnover of £6.5m, with pre-tax profits of just under £2m. Private equity sources told Sky News that Inflexion had outbid a number of other buyout firms to win a period of exclusivity in which to finalise the £35m agreement.