I’m not an avid watcher of the Jeremy Kyle show, I work full-time so it’s tricky to catch it! But I am very aware of the genre and the influence on the modern TV landscape, most of us remember when a judge in 2007 described the programme as “a form of human bear-baiting… under the guise of entertainment,” and “a morbid and depressing display of dysfunctional people… for the purposes of titillating bored members of the public.”

A damning indictment but it still remained on air a further 12 years.

I have watched the events of this week unfold with the voyeurism of, I suspect, one of its viewers; the suspension of broadcast and recording on Monday when few details of the tragic events were available and the subsequent swift axing of the show on Wednesday when it was confirmed one of the participants had died by suicide. The dreadful irony that this all happened during Mental Health Awareness Week hasn’t been lost on me.

It has emerged anecdotally from researchers who worked on the show and those who appeared, that many of the contributors were struggling with mental health issues, as well as the production team displaying an inadequate duty of care pre and post-production.

None of this was a surprise to me.

Indeed ‘duty of care’ is a term that was much talked about after the deaths of the two Love Island contestants Sophie Gradon in 2018 and Mike Thalassitis in 2019.

But why is this only being talked about in terms of reality show participants?  Surely this extends to all employers, where every employer should be looking after the safety and wellbeing of their staff?

As a small business, we don’t have an HR department that I can refer people to, or act as a safe space if people are struggling with their mental health.

They might not feel comfortable coming to me as the CEO and, as talking about mental health is still so heavily stigmatised in this country, maybe they wouldn’t feel safe enough talking to one of their colleagues. So, how can we implement a duty of care for our staff to safeguard their mental wellbeing?

As a company we’ve been working with the charity Chasing the Stigma for the last two years, raising money for them and designing card collections under their direction for mental wellbeing, this sits on our site as the ‘Are You OK?’ range. The charity was founded by Jake Mills in 2013 who, after an attempt to take his own life, wrote about his depression and soon found himself being inundated with calls for help from those who didn’t know where to go for support.

He soon realised there was a need for a national mental health database; launching The Hub of Hope which brings together organisations and charities, large and small, from across the country who offer mental health advice and support, together in one place. He launched it in July 2017 and it continues to grow. As part of his work with Hub of Hope Jake realised that mental health support within the workplace, particularly with small businesses, was sadly lacking.

Available to businesses large and small, the training focuses on how to talk about mental health, how to effectively signpost those who need help, to directing people to the appropriate support, and how to deal with a mental health crisis.

Earlier this month my staff and I went on this course, I wanted them all to become Ambassadors of Hope. I wanted to get rid of the stigma surrounding mental health and get them to understand that it’s ok to talk about it, you shouldn’t feel hesitant to tell a colleague. You would tell your workmates if you’d broken your leg so why should it be different if you’re struggling with depression?

I am proud to have made a commitment to safeguarding my staff’s mental health by becoming Ambassadors of Hope.

We have made a pledge as a business to listen, to care, to believe employees, to take their issues seriously, to help them find help, never to judge and to be ready and willing to talk about mental health.

We never really know what’s going on in the heads of others, even those we work side by side with every day. All we can do is open the lines of communication and we all have a duty of care to do so in the safest, kindest way.

To book Ambassador of Hope training for your workforce please visit Chasingthestigma.co.uk. 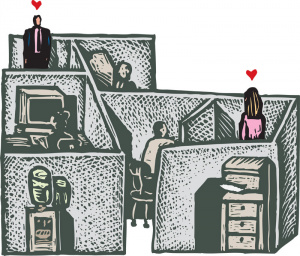 The SME employer’s guide to managing an office romance 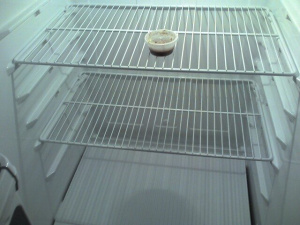 How should employers tackle eating disorders in the office?