As one of the most time-consuming parts of running any business, it doesn’t help when potential employees commit a cardinal sin and turn off an employer from the get go. Interview fails are individual to each person, but we’ve pulled together some of the most insightful and found out why they annoy particular hirers so much.

“Insulting the intelligence of your potential employer by lying on your CV is never a good start – be it dates that don’t add up, or skills described that bear no relation to the employment history.

“Most are easily exposed at interview, but what a waste of time. Employers do know what their company needs. And if the applicant doesn’t have it, they will only get found out later, spelling misery for both sides. I have no issue with anyone who proposes themselves honestly, shortcomings included.”

Tom Jefferys, head of E-Commerce at Jules B – No preparation

“Lack of preparation is a big pet peeve of mine. When a candidate doesn’t display good knowledge of the company it shows a lack of preparation and it gives us the impression that they aren’t passionate about working with us.

“I always think highly of interviewees who have clearly taken the time to research who we are and what we are about, it shows initiative and the ability to prepare. It’s a bonus if a candidate has looked into the business and noticed something that we can do better or something we should be doing that we are not already.”

“My biggest bugbear as an interviewer is people telling me their biggest weakness is being a perfectionist. I don’t hire people who give me this answer, no ifs, buts or second chances.

“The idea of perfection is that it is flawless, without fault, has no room for improvement and is essentially everything that a person should strive towards. So the fact that a candidate thinks that their biggest weakness is that they’re flawless and has no room for improvement is either arrogance on a whole new scale, or they’ve read one too many ‘how to succeed at interviews’ books. If a candidate gives me this answer, they immediately eliminate themselves.”

“For me, the biggest negative from someone in an interview is someone who just doesn’t seem interested in the job itself or the industry.

“We need staff who are passionate about what we sell so that the customers feel confident that we know what we’re talking about and we also need someone who is going to fit in with the existing staff. An interviewee can turn up early and answer all of our questions fully, but if they don’t look like they are enthusiastic about what they are saying then they aren’t likely to get the job.”

Read on to find out about why interview fails like lateness, a limp handshake and one-word answers annoy other employers. 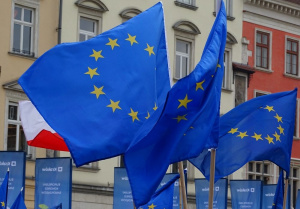 Turbulent times: Will we see a European recovery this year?