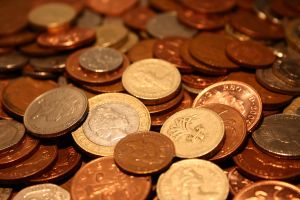 With the exception of the Labour Party, which is struggling to accept that Plan A may just have worked, this massive boost to the British economy has been celebrated up and down the land.

So can we take the figures at face value? To an extent, yes. I genuinely believe that we can now be more confident that things are getting back on track. I also believe that businesses’ confidence will grow further as the unemployment figure continues to drop quarter on quarter. Expect things to continue in this direction during the first half of 2014. But while businesses starting to invest in new staff and preparing for the future is welcome, it’s not all rosy in the jobs world ? especially among the UK’s small and medium sized businesses. While more people are in jobs, employers still remain acutely nervous about raising basic salaries, as this will increase their exposure to financial risk. This conservatism around basic salaries was highlighted by the fact that regular pay has only risen by 0.8 per cent, way below inflation. It shows employers remain hesitant to hire permanent staff or award pay increases. This kind of fixed cost is seen as simply too risky. So while these latest figures show that the UK unemployment rate is the lowest it has been since 2009, many people and families are still feeling the pinch. The economy may be improving but many households aren’t feeling it yet at all. We’ve certainly found that many SME businesses, while accepting they have to grow, remain very conservative about making permanent commitments. In our experience, many are preferring to put a fixed amount of money into other areas of their business, such as IT systems, which enables them to maximise the efficiency of the staff they already have. What we’re also seeing a lot of, these days, is employers putting less money into basic pay and incentivising staff via bonuses. And again, this can be seen with the slightly higher increase in total pay figures – at 0.9 per cent. Bonuses, as any SME business owner will know, are discretionary and therefore apply less financial commitment and pressure on firms. This means they are better able to respond and cut costs if the economy moves against them again. And while things are looking up, a lot of businesses are still not sure that the recovery is a cast-iron certainty quite yet. Donna Obstfeld is managing director of the SME-focused HR practice, DOHR Image Source