The UK’s employment outlook has slipped to its weakest level since 2009, with employers in the finance and business services being the most pessimistic.

Manpower’s Employment Outlook Survey, based on responses from 2,100 UK employers, shows that eight in 10 employers aren’t intending to change their staffing levels in the first quarter of 2012.

“The 2012 jobs market sits on a knife edge,” says Manpower’s UK MD Mark Cahill. “In some ways, this is a reflection of a weakening economy – we hear stories about companies hoarding cash and not investing. Employers have now adopted a wait-and-see approach to hiring.”

He adds that bosses are cautious about the economy and the fear of a Euro-wide contagion “weighs heavily on their minds”.

Of the sectors that are hiring, the utility sector is the most positive, with employers in the water, gas and electricity industries reporting hiring intentions of +13 per cent. The manufacturing sector also shows signs of optimism, employers reporting a cautiously optimistic outlook of +5 per cent.

Looking across the UK, there’s a clear east-west divide emerging, with a vertical line running straight down from the North of England to the South.

“It’s almost as if someone has sliced England in half, with employers in the East currently much more optimistic about hiring than those in the West,” says Mark Cahill.

Meanwhile, small businesses could be the ones to pick up the pieces – and have a dramatic butterfly effect on the UK economy.

Research from Simply Business, the business insurance broker, shows that 27 per cent of small businesses could increase headcount over the next 12 months.

The potential impact of these newly-created jobs would see unemployment figures fall from their current 17-year high of 2.62 million to just over 2.3 million.

“The optimistic picture these SMEs paint is heartening,” says Jason Stockwood, CEO of Simply Business. “Their continued success and growth is key to our economic recovery.”

Will you be hiring in 2012 or battening down the hatches? 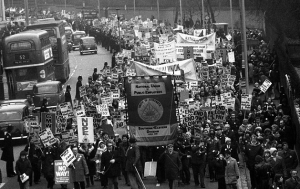 Do we face a winter of discontent? 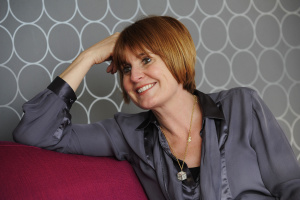