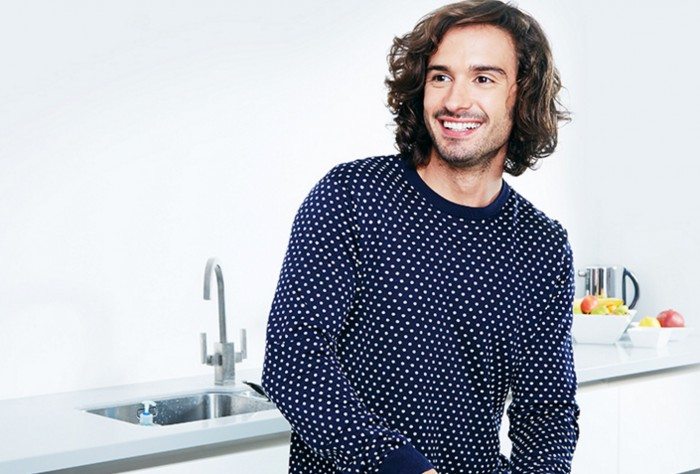 Share via
If you’re a health-conscious social media user, you may be familiar with Joe Wicks. Should the name not ring any bells, his alias and business The Body Coach ought to. Wicks is a small business sensation, a man who has combined his sporting expertise with social media to generate more than 70,000 paying customers globally in little over a year. As for his following on the social networks that have led him to glory, Instagram, Facebook and Twitter measure at 510,000, 260,000, and 78,500 respectively. That’s a massive monetisation opportunity sitting in front of him, just few taps on his phone away. It hasn’t always been the case, however, but through innovative thinking Wicks has gone from an everyday personal trainer to an online coaching phenomenon. Social media aside, what sets Wicks apart from others is his 90 Day SSS (Shift, Shape and Sustain) Plan, which is designed with a realistic approach to dieting. Recognising people don’t want to live on lettuce leaves, the plan lets customers indulge and sate their appetites, which is balanced with high intensity interval training (HIIT) workouts to burn fat fast. In Wicks’ words on the company website: I’m a man on a mission to rescue people from the awful dieting industry. I am sick and tired of people struggling on low calorie diets and meal replacement shakes. I created this plan to educate people and give them the knowledge they need to get a lean, healthy strong body without going hungry. I truly believe this plan will transform your life and the way you see nutrition forever.

With his following only continuing to grow, the title of New Business of the Year from Lloyds Bank and a book entitled Lean In 15? a famous catchphrase you’ll catch in most of his videos Real Business caught up with Wicks to discuss his incredible journey. I always thought I’d be a PE teacher,” said Wicks. After leaving college, I completed a degree in sports science and the plan after that was to go into teaching. I worked as a teaching assistant for a couple of months, but I wasn’t really cut out for it,” he admitted. Having decided to put his aptitude for fitness to good use, South London-based Wicks completed a personal training course and set up almost immediately as a self-employed PT. “When I graduated, I worked at a gym for three months to get experience, but really quickly thought that to make money in the industry I’d have to work for myself. I set up a website, got some cards and went on to become a mobile PT,” said Wicks.

As such, he could be found around Surbiton and Richmond running outdoor boot camps for groups or training individuals in their homes, gardens or local parks.

After five years of personal training, Wicks decided to start experimenting with social media in 2014 and Instagram was his first port of call. He recalled: I didn’t really know how to build a company and had no idea to monetise a following, I was just having a laugh and using it to promote clients. I noticed I started to get a following and people asked lots of questions, telling me about their plans and depressing me with talk about their low calorie diets. I thought it would be a good idea to create an online plan, and I kind of imagined a few people would sign up, so I could do less PT.

Given that The Body Coach operation officially started in September 2014, the desire for a few” people rocketed beyond his wildest imagination. With over 70,000 users of his 90-day SSS Plan, which costs 147, revenue is over 10m. More astonishingly still, Wicks admitted that he’s disinterested in any outside investment because the business has such few outgoings that almost all income is a profit. I sent 20,000 tweets on Twitter before making a penny and over 1,000 pictures on Instagram. There are lots of online plans out there, but I just did it for me just posting a couple of transformations a week. And when followers saw people getting good results, I soon had 300 people a day signing up,” Wicks revealed. The Body Coach now employs 50 people in a new Richmond office. Continue reading on the next page for the incredible profit margins the company has, why Wicks has hired followers, and how eight publishers came to fight over him for a four-book deal. By Zen Terrelonge