“I grew up in Ireland during the mid-1980s,” says Stapleton.”It was very different to what it is now in terms of business. There weren’t many jobs or prospects, so people with education tended looked overseas.”

But how did he come to the conclusion that soup would be his ticket out of the inertia?

The ‘business of food’

“Everybody needs to eat, it’s as simple that,” says Stapleton. “I used to be a keen sportsman, so it made me really interested in the relationship between athlete performance and nutrition, back then it wasn’t a mainstream interest.”

“I got to thinking, wouldn’t be it cool if I could take a hobby and make it into a career?” Although I loved food science, I didn’t want to be confined to a guy in a white coat.”

The kismet moment arrived when a friend and future co-founder Andrew Palmer called Stapleton and asked him for a quiet drink to discuss an idea he had.

“Andrew had been talking about the concept of fresh soup for a while but no one was taking the idea seriously. After chatting for hours, we were kicked out at closing time, and our idea for fresh soup was set.”

“Andrew was a stockbroker by trade,” says Stapleton. “He had a vision, then I came along with a bit of degree knowledge, and we fell into it together. We were a couple of amateurs, really.”

What kind of super(market) were they entering?

“Today fresh soup is ubiquitous,” says Stapleton.”But if you take things back to the soup aisle in 1987, it was all canned. People were not happy with the quality. We wanted to develop something that tasted of the ingredients it was made from. In short, we wanted more authenticity from our product.”

“Canned soup contains additives like sugar which caramelises in the soup making process. For example, caramelisation stops canned tomato soup from tasting like real tomatoes. We wanted to educate the consumer about what real soup tastes like.”

So, were Stapleton and Palmer at the forefront of some serious market disruption here?

“We were creating this entirely new category of fresh soup. Nobody was doing it, so we did! Do you know why we used a carton? Because it was either fresh milk or fresh juice that was packaged in cartons at the time. By doing the same with our soup, it spoke freshness to the consumer straight away.”

The secrets to success in consumer-facing businesses

Was Stapleton ever nervous about leading a consumer-facing as opposed to a B2B business?

“The thing is we are all consumers, and yes we are fickle. A brand has to build loyalty and communicate its consumer benefits effectively. But not all brands, especially food brands do this well,” he says.

So, how can modern food brands manage this?

“I always ask my mentees ‘who are you targeting?’ They say – ‘everybody.’ The problem with that is if you communicate with no one group, you can’t target anyone effectively.”

Stapleton also believes that transactions between brand and consumer should be underpinned by emotion.

“The more emotion you fit into a brand, the greater the synergy between your brand and your target audience. If consumers are more emotionally engaged with your product, they’re less likely to think about the price.”

“Think about Apple products versus Dell products,” says Stapleton.”Dell is functional and great, but when consumers buy Apple products, they’re buying a lifestyle. Cool people don’t think about price as much. That’s why Apple’s share prices are so much higher.”

Our conversation turns to the year when New Covent Garden Soup was sold, (1998). For Stapleton, this felt like the perfect opportunity to look at opportunities in the US. This became a business called Glencoe Foods Inc.

Launching a new business in the US

“I managed to formulate a soup product that was suitable for the US market in 1997. We started trading in 1998 and I moved out to northern California.”

“I now like to say that the US and the UK are divided by a common language,” jokes Stapleton. “People take it for granted that they speak English, but the markets and consumer behaviours are poles apart from each other.”

“After five years, we pulled out of the market for a whole bunch of reasons,” says Stapleton. “But we learned more about the business failing in those short years than we did from 10 years with New Covent Garden Soup. The experience was an essential one for me, but it wasn’t without its traumas!”

Stapleton’s next foodie venture, Little Dish, was proof that the entrepreneur was no one-hit wonder on the food scene. Like New Covent Garden Soup, Little Dish was an entirely new offering to the market at the time.

“The baby food market is well provided for,” says Stapleton. “When we launched in 2007, there were many in-house supermarket brands doing that, but the market for nutritious ready meals for toddlers, not so much. Or there were adult options that had too much sugar and salt,” he says.

Fast forward to 2019, and you’ll see both New Covent Garden Soup and Little Dish stocked in all major UK supermarkets. Not a bad legacy, right? 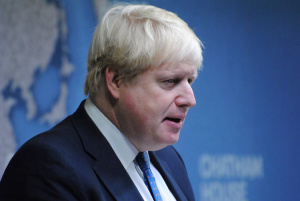 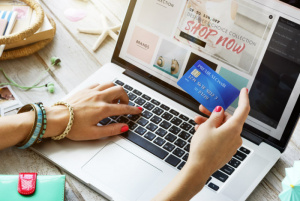 Is e-retail the way forward?