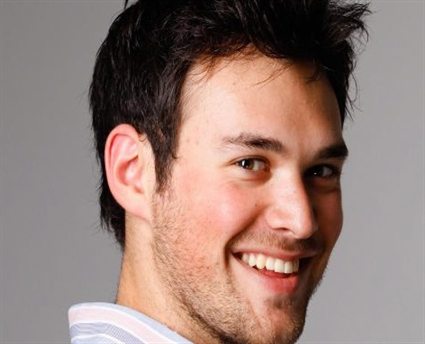 I had an interesting meeting with Josh March, the 25-year-old CEO of Conversocial, yesterday. He argues that if the UK doesn’t do anything to encourage more home-grown developers, Britain will sink.

March knows what he’s talking about: his Soho-based startup Conversocial, which enables brands to manage and talk to customers on social networks, has been struggling to hire good-quality staff. “It’s one of the biggest issues,” he explains. “Programming has become the most essential skill for our economy. Technology underlies everything, but people just aren’t taking notice of it. But programming knowledge is essential for the future.” The problem, says March, is that programming just isn’t seen as a sexy career path. “The expertise just isn’t here. Students, even those who study maths or science, are more likely to just follow the money and go into investment banking.” Marsh’s argument is well developed (he penned a piece for the Telegraph on this subject a couple weeks ago, which is also worth a read), and raises important points: how can Britain compete in the tech/development sector against emerging economies where great programmers are ten-a-penny? Why isn’t the government doing anything to encourage kids to learn to programme? “At the moment, we’re having to turn to Eastern Europe for good-quality developers,” he continues. “In the UK, the only reputable source of developers is Cambridge University, that’s the only good place to find any.” Cambridge is fine, but it’s also a very small pool of talent for a very large tech community. So how come this isn’t a hot issue for Messers Cam and Clegg? The truth is, British startups are still managing to do pretty well in the global tech revolution. Josh March himself didn’t study computer science, and he isn’t a programmer by trade. After a degree in law, March first founded Facebook Developer Garage, a monthly event for developers and entrepreneurs working on Facebook; then The iPlatform, a social app development company (and the first official Facebook preferred developer in the UK). How did he manage it without computing knowledge? He just learnt to programme on-the-job, as he built up his businesses. That’s good enough. Conversocial His latest business, Conversocial, is no different. He co-founded Conversocial with his business partner Dan Lester (“a hardcore developer”) last year, and it’s quickly turning into another great example of a British startup gearing up for bigger things. Conversocial helps B2C brands manage their social network presence, helping them manage conversations with consumers and tracking ROI for social media activity. Clearly, March is doing something right: he’s already signed up some major brands including ITV, Fairtrade, Aviva and Tupperware up to use his software, which currently supports Twitter and Facebook management (and will shortly also include YouTube too). “My past experience with The iPlatform and the relationships I’ve built have helped a lot,” he says. “We’re definitely getting some strong traction, with 500 companies already signed up to trial Conversocial.” March hopes that, as one of the industry’s first platforms targeting the social conversation space, he’ll have a first-mover advantage. “Like our name suggests, we’re all about the conversation. We look at what people are saying to you. All our main competitors are focusing on what people are saying about you. That’s our USP.” Ultimately, he wants Conversocial to become the defacto platform through which brands interact with their customers: “For sure, we aim to be number one.” This isn’t an uncommon phrase for entrepreneurs to mutter, but March’s self-conviction seems well-placed. The industry March is playing in is a definite growth area – all analysts agree that social media/commerce and engaging with your users is going to be huge.  “Within the next few years, every business’s budget will have a line for this. Social networks are becoming the default communication channel between brands and consumers. When people tweet @you or write on your Facebook page, they expect a response. And Conversocial will be there to faciliate the conversation.”