In July, PwC projected that UK growth would remain modest at around 1.3% in 2018. The UK was no longer performing strongly relative to its G7 counterparts, the company surmised.

With Brexit looming, the fall in the value of the pound has “pushed up inflation and depressed consumer spending. This consumer squeeze has been more powerful than any boost to export performance from a more competitive pound”.

Second, it cited a drag on business investment from ongoing political uncertainty. The pound dropped further when prime minister Theresa May was forced to defend her Brexit stance after the resignations of David Davis and Boris Johnson.

Currently, according to the Guardian, sterling remains 10% below the value it was before the referendum vote took place. However, the FTSE 100 has taken comfort from its weakness amid the “prospect of a trade war between the US and the rest of the world”, it said.

Jacob Deppe, head of trading at Infinox, explained the link between government and economic activity: “Sterling held its ground in the wake of Davis’s resignation, suggesting markets believe his departure will further consolidate the likelihood of a soft Brexit.

“The possibility that this resignation will topple Theresa May and put a more aggressive Brexiteer at the helm of government, resulting in a hard Brexit, appears to have been dismissed.

“The markets may have called this correctly, but equally it could prove to be a moment of spectacular hubris given the unpredictable flow of events. The resignation has the potential to open the political equivalent of Pandora’s Box.

“Yes, Davis may now be on the sidelines but such a key resignation at such a point in time has the potential to strengthen the resolve of those seeking a hard Brexit. There’s arguably a complacency in markets at present that could come back to haunt them.” 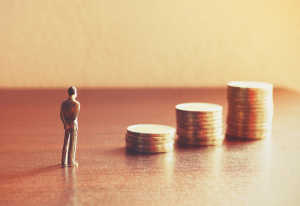 People over profit? 7 SME Culture Leaders explain how one drives the other

Don’t get your wires crossed: Why good communication is key for growing businesses